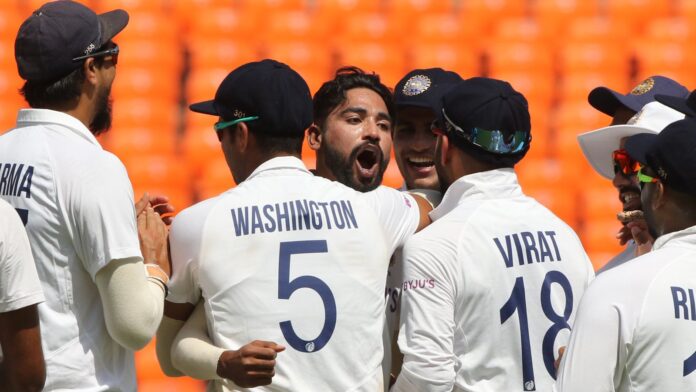 England had faint hopes of qualifying for the inaugural ICC World Test Championship final, needing to win three of four Tests in India; defeat in the final Test in Ahmedabad saw them lose the series 3-1, with India qualifying at theirs and Australia’s expense

India’s 3-1 series win over England ensures that they will play in the final of the inaugural ICC World Test Championship against New Zealand in June, qualifying at the expense of Australia.

India needed victory over England in the fourth Test to book their spot, with either a draw or defeat otherwise resulting in Australia facing the Black Caps.

England had faint hopes of still qualifying for the final themselves as they travelled to India. The tourists needed to win at least three of the four Test matches, and they made a fine start with a 227-run victory in the series opener in Chennai.

That victory against England means India finish the league phase of the inaugural ICC World Test Championship with a fine view from the top of the table 🔝#INDvENG | #WTC21 pic.twitter.com/rXFiKPXdB7

Heavy back-to-back defeats in Tests two and three, however, knocked England out of contention, though they could have still played the role of ‘spoiler’ in the final match of the series and helped out Ashes foes, Australia.

India’s innings-and-25-run win over England in Ahmedabad instead lifted them to the top of the Test Championship table, with a win percentage of 72.2 over the two-year qualifying period. New Zealand (70 per cent) finish second, with Australia (69.2 per cent) third and England (61.4 per cent) in fourth.

The first ever ICC World Test Championship final is currently scheduled to be played in England, with a Dukes ball, at Lord’s from June 18.