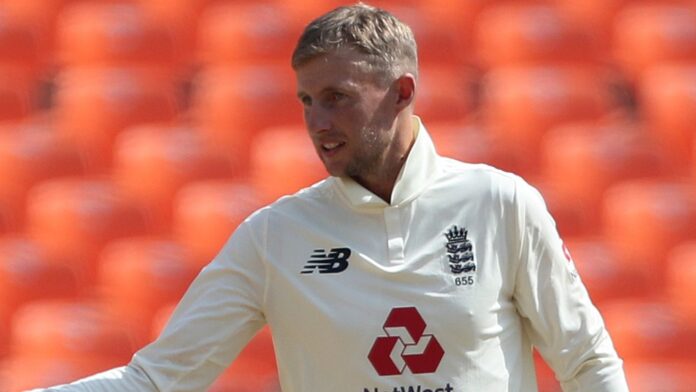 Whenever England lose a Test series away from home, talk inevitably turns to whether county cricket is adequately preparing players for the top level.

After a 3-1 defeat in India, that narrative is no different, with England captain Joe Root asked for his views in his post-match press conference after the innings loss in Ahmedabad.

England were regularly rolled by spin against India – Ravichandran Ashwin and Axar Patel taking a combined 59 wickets across the four-match series – while one of their own spinners, Dom Bess, suffered a chastening series, taking only five wickets in two games at an average close to 40.

Root says ensuring more County Championship matches go the full distance of four days would be a start in helping the national side.

The skipper said: “I think there are areas of county cricket that can be improved quite easily.

“We need to find ways of making games last four days and we need to give spinners the opportunity to learn to bowl at different stages of the game – giving seamers a respite in the first innings and then being able to attack and really deal with that pressure of being able to bowl a side out.

“But it’s not just the spinners, it’s also as a batting group and with the seamers.

“You want batsmen to come into Test cricket and have a wealth of knowledge of what it’s like to go out in the second innings and have 450 on the board and be able to ignore that scoreboard pressure.

“You also want the seamers to have a range of skills so that they can exploit a flat wicket that is not offering much.

“Can they change their angles? Can they go up and down the gears? Have they got five-over spells of short-pitched bowling in them?

“If games go a bit longer it might make things a bit more boring but if draws are more appealing in terms of how many points they are worth, it might improve that situation slightly.

“I want guys to be able to walk into this Test team and find things a little bit more familiar.

“When there were more draws around in the county game look at the guys that came into that team – Jonathan Trott, Ian Bell, Matt Prior, Kevin Pietersen, Paul Collingwood.

“Off the back of it, they went into Test cricket averaging what they averaged in county cricket. Granted, they were excellent players but can we speed that process up by getting it right in the tier below?

“If games last longer, you learn to deal with more scenarios and manage different parts of the game.

“You might produce faster bowlers more frequently as you can’t just run up and hit an area for a period of time.

“You either have to be extremely consistent or have to have different ways of taking wickets. That might be by bowling quick.”

Speaking on the latest Sky Sports Cricket Podcast, Michael Atherton said he would look to stage four-day cricket for players not involved in The Hundred during the height of summer, while Rob Key has urged England to pinpoint spinners at an early stage of their development.

Atherton said: “I don’t understand why you can’t play two or three rounds of Championship cricket during that block of The Hundred.

“The obvious answer would be that England don’t want to weaken the Championship – that there will be too many players missing, and I get that to an extent.

“But if you looked at it as a couple of rounds of development games, you would have a number of young players with the opportunity to play four-day cricket.

“Because a lot of the bigger grounds would be in use for The Hundred, you would be playing at out-grounds and you would have the pitches that are so rare these days – pitches with a bit more purchase in them as they are essentially club wickets.”

Key added: “With the spinners, you have to pick out ones you think are going to be the future. I like Daniel Moriarty at Surrey. You also have Callum Parkinson at Leicestershire.

“You speak to the under-19 coaches and they say there are plenty of spinners around but when they get in county cricket they don’t bowl. You have to make sure that if they are not bowling overs, you are finding them overs somewhere.

“Whether that’s India in the winter, playing more second-team cricket, playing some kind of four-day cricket, so that spinners get 35 overs in a game, which they don’t get at the moment.”

Watch the first T20 international between India and England live on Sky Sports Cricket from 12.30pm on Friday.