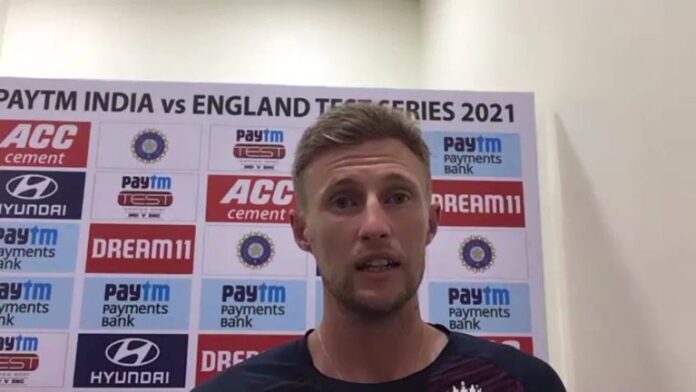 England had their frailties against spin brutally exposed by Ravichandran Ashwin and Axar Patel but cannot let those insecurities return home with them; steady progress has been made under Chris Silverwood and that can continue in more familiar conditions

Since Chris Silverwood took over as head coach in the autumn of 2019, England have extolled the virtues of a more traditional approach to Test match batting.

In an era where Twenty20 will soon be relegated to just the third shortest format of the game and increasingly there is an emphasis on big shots and quick runs, the decision to so openly and emphatically strive for an altogether more careful approach, even in Test cricket, was going against the grain.

Making a big first-innings total is not so much a grand plan as it is a universal, basic aim of every team that takes the field in red-ball cricket. An emphasis on a steady accumulation of runs, batting time and putting overs into the legs of the opposition bowlers is not going to earn them any points for innovative thinking either.

It was certainly a message after four years under Trevor Bayliss and a desire for positive, front-foot cricket though and prior to the series in India, those old ideas have proven just as effective as they ever were.

After defeat in New Zealand, England came from behind in South Africa to win the series 3-1, secured home series wins over West Indies and Pakistan before preparing to face Virat Kohli’s side with a 2-0 win in Sri Lanka.

It seems a long time ago now but things started very well for Joe Root’s side in India too with a comprehensive win in Chennai before it all started to go wrong in the second Test.

All this is to say, that in spite of the last three matches, England’s batting has broadly been heading in the right direction.

Changes in approach are borne out by the numbers, albeit there is a starker contrast in the language used to describe the methods than there is between the statistics.

If you look at the first innings (arguably a better measure of the team approach than combining first and second innings, given second innings tactics are often dictated by the game situation), CricViz calculates that England’s run-rate is down to 3.1 runs per over since Silverwood took charge, compared to 3.4 rpo under Bayliss.

Slightly slower progress but it has led to more runs, during the Bayliss era they averaged 32.78 runs per first-innings wicket, under the current regime that rises to 34.42.

Included in that are seven totals of 400-plus in their first dig that have been turned into five wins and two draws, one on a flat deck in New Zealand and the other being the rain-affected third Test against Pakistan last summer at the Ageas Bowl, in which the visitors were made to follow-on.

By contrast, they have posted under 300 seven times in completed first innings, winning just twice. The first of those successes came in Cape Town after a second-innings ton from Dom Sibley, a player who almost personifies the change of style.

From trying to find an English equivalent to David Warner and experimenting with white-ball specialists such as Alex Hales and Jason Roy at the top of the order, Sibley is perhaps the most extreme example of how things have changed.

His diminishing returns in India after beginning the series with a typically patient 82 somewhat mirrored England’s fortunes as, by the end of the fourth Test, the visiting batsmen took it in turns to walk off wearing a bewildered expression as either Ravichandran Ashwin or Axar Patel celebrated another wicket.

“They did get flattened,” Mike Atherton said on the Sky Cricket Podcast. “We’ve all been there at the end of a four or five-match series, which are the toughest for a cricketer because those weaknesses get exposed by bowlers time and time again.”

The issues against spin were clear for all to see and there were warning signs in Sri Lanka, as Lasith Embuldeniya provided a preview of the damage Axar, in particular, might do.

It goes without saying that efforts will have to be made to address those issues but, in truth, those deficiencies are highly unlikely to be put under the spotlight in such a manner again for some time.

Even with the likelihood or facing top-quality spinners like Ashwin, Axar, Ravindra Jadeja and Nathan Lyon in the next 12 months, England’s batsmen can be fairly certain that those encounters will not come on a pitch anything like those they encountered in Chennai and Ahmedabad.

Succeeding against Jasprit Bumrah, Pat Cummins, Josh Hazlewood and the like in swing and seam-friendly conditions or on fast, bouncy surfaces may not be any easier but they do at least have evidence from over the past 18 months that they can score runs under such circumstances and against high-class pace attacks.

Remembering and focusing on that is perhaps the best thing England’s batting unit can do. What they cannot afford is for the chastening events of the past three Test matches to leave any mental scars.

“It’s having that confidence to play the ball in front of you, not having the baggage from the previous delivery, not over-thinking the pitch, trying to see things for what they are,” Joe Root told reporters ahead of the fourth Test.

“That kind of mentality and attitude is really important.”

He was talking specifically about England playing spin in India but his point about baggage is just as valid when looking at the series his side have to come this year.

Root knows all too well the effect that sort of thing can have; he was captain when England were bowled out for 58 in Auckland in 2018. It was only the fourth time since the turn of the century, and the first time in more than six years, that England had been bowled out for under 100.

Over the course of the next 18 months in happened another three times. If was against different bowling attacks and in different conditions each time but often – and only the players involved can know for sure – the problems are mental and there becomes a certain inevitability to the outcome.

There have been a number of changes to the line-up since then with Sibley, Zak Crawley, Ollie Pope and Dan Lawrence making up a core of exciting young talent joining Root, Ben Stokes and Jonny Bairstow as part of a batting group England hope can regain the Ashes and make a push for the world No 1 spot.

There were always going to be setbacks along the way – India was a painful reminder of that – but it is how they respond that is likely to tell us how realistic those lofty goals are.

“The experience, although it will hurt – none of us like losing a series – it won’t alter our outlook on what we’re trying to achieve,” Silverwood told reporters. “It’s an experience which will hopefully help galvanise the side.

“It’s going to hurt for a while. There will be some reflecting, talk between the players and the various coaches, and hopefully we can pull the positives out of it and learn from them. That will make us stronger than before.”

Supporters may be sceptical following a harrowing few weeks in India, but Silverwood has every reason to be optimistic given the steady progress since he took over.

He has instilled an approach that has achieved results at home and abroad, with a young team, especially in the batting department. Now he has to try and make sure that his batsmen do not allow any doubts or insecurities that crept in to return home with them from India.

Watch the first T20 international between India and England live on Sky Sports Cricket from 12.30pm on Friday.