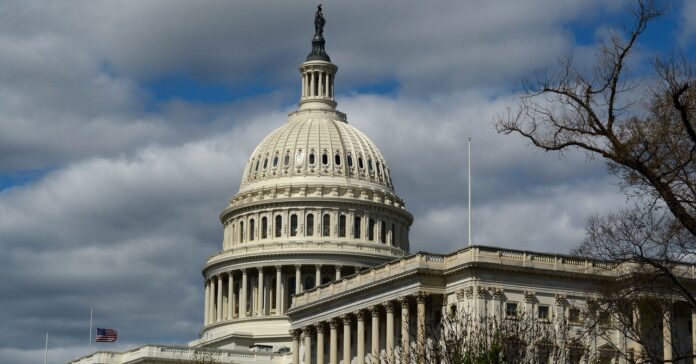 Did you know Facebook supports updated internet regulations? I know that. Boy, do I know it. I’m guessing everyone else who lives in the Washington, DC, area knows it too. For at least the past five weeks, Facebook has been deluging the region with ads declaring its support for regulation. I originally noticed when my morning ritual of watching basketball highlights on NBA.com started getting disrupted by the same 30-second message from Facebook every single time I wanted to watch a 3-minute video. Just let me see the slam dunks, please!

Somehow, despite having seen the ad dozens of times, I still couldn’t quite tell you what regulations Facebook really has in mind. That’s probably because the ads are less about specific policy proposals than about trying to improve Facebook’s battered reputation in the eyes of DC decisionmakers. The regulation ads are part of an all-out blitz on the part of not just Facebook but also Google and Amazon. They, along with American Edge, a pro-tech lobbying group that Facebook has acknowledged backing, have been pumping ads into the feeds of the DC policy audience. A very visible part of that push has come in the form of newsletter sponsorships. After noticing a deluge beginning in early February, the Tech Transparency Project tracked the sponsorships of 10 super-inside-the-Beltway newsletters, from Politico, the Hill, Axios, and Punchbowl News. They found that for every day in February, at least one of the newsletters was sponsored by one of the three companies or American Edge. In the third week of the month, Facebook alone sponsored three of them.

Each company has taken a distinct approach to convince DC decisionmakers that it’s a force for good. Facebook has gone hard on the “we support regulation” angle. American Edge has emphasized “the critical, long-term national security consequences that the United States faces if it relinquishes its technology leadership role,” as one ad put it. Amazon’s ads have highlighted its support of a $15 federal minimum wage—and its own move in 2018 to implement that pay floor for its employees. Google, meanwhile, has played up what it describes as its support for Black-owned businesses.

It’s not new for corporations, both within Silicon Valley and without, to call on Congress to take some kind of action—Mark Zuckerberg has for years been insisting he supports some sort of federal legislation—but this latest publicity push is notable as Big Tech faces real regulatory pressure for the first time. Facebook and Google are already facing federal antitrust lawsuits, and Amazon could yet join them. (So could Apple, which has been notably absent from the swirl of advertising—a sign, perhaps, that the company doesn’t feel as imperiled by the anti-tech energy on Capitol Hill.) Meanwhile, Congress is making noises about revisiting laws like Section 230 of the Communications Decency Act, which shields platforms like Facebook and YouTube from liability over user-generated content.

The companies, for their part, have made clear that they want Congress to pass laws on issues like data privacy that would preempt the proliferating patchwork of state laws. Issues like these are why these corporations have for years been among the biggest lobbying spenders in Washington. According to Open Secrets, Facebook, Amazon, and Google parent company Alphabet spent $19.68 million, $18.73 million, and $8.85 million, respectively, on lobbying in 2020. What’s a bit more unusual is the extensive and very public attempt to win over the hearts not just of the people holding the gavels but also the wider DC influencer class.

“It’s common for a company to sponsor newsletters when they have some sort of pending legislation that they’re trying to get, when they’re trying to catch the attention of policymakers and Beltway elites,” said Michelle Kuppersmith, the executive director of the Campaign for Accountability, the Tech Transparency Project’s parent organization. “But we noticed this because it was so uncommonly heavy handed. I’ve been doing accountability work for almost four years now, and I don’t think I’ve noticed this sort of onslaught.”