Home Sport Sport pays tribute to the Duke of Edinburgh 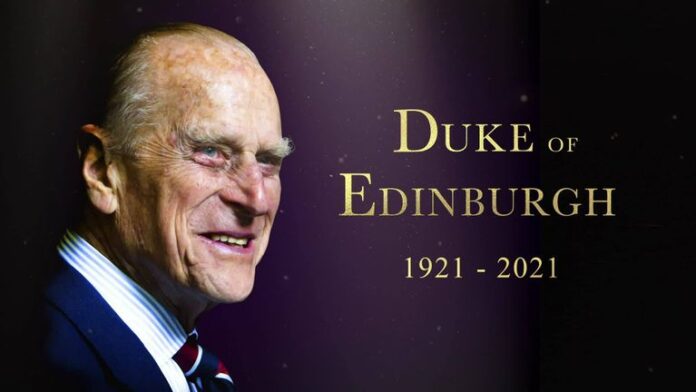 The Duke of Edinburgh passed away aged 99 on Friday; silences held and black armbands worn in football stadiums, cricket grounds and at Aintree; the Government has not asked any sports to cancel events

Sports across the UK and beyond fell silent on Friday to pay tribute to the Duke of Edinburgh following his death at the age of 99.

A two-minute silence was held at Aintree, ahead of day two of the Grand National meeting, and at cricket grounds around the country during the County Championship matches.

Fulham and Wolves players also stood in silence before their Premier League fixture on Friday night, as did Watford and Reading players in their Championship game.

Two minutes’ silences will be held before all other Premier League fixtures this weekend, while the Football Association (FA) said flags at Wembley and St George’s Park will be flying at half-mast.

It’s with immense sadness that we learned of HRH The Duke of Edinburgh’s death earlier today.

Prince Philip was @FA’s president between 1955 and 1957, and attended a number of #ThreeLions games – including our win over Germany in the 1966 @FIFAWorldCup final. pic.twitter.com/lUTImpriHy

England Women and their opponents France paid tribute ahead of their friendly in Caen on Friday, although the FA said it would “not be fitting to conduct media activity” after the game, adding, “our activity around the fixture must respect and reflect the sombre mood of the nation”.

Leeds Rhinos Netball and Team Bath Netball observe a minute’s silence as a mark of respect for the late Duke of Edinburgh, Prince Philip. pic.twitter.com/dsTFVBm4zB

Tributes will be paid across the English Football League this weekend, with its chairman Rick Parry saying of the Duke: “As a patron of over 800 organisations, his high regard for the encouragement of sport and welfare of young people was unequivocal, and his loss will undoubtedly be felt not only here in the UK but across the world.”

Tottenham manager Jose Mourinho paid his respects after learning of Prince Philip’s death just before his press conference on Friday, saying: “I would like to express my condolences to the Royal Family and to be very honest and say I have the utmost respect for the Royal Family.

My condolences to Her Majesty The Queen and the Royal Family. https://t.co/wTplVcvsrs

“I believe that it is not just this country that is going to be sharing these feelings, because I’m not English and I know that many like myself, we have the utmost respect.”

Buckingham Palace announced Prince Philip’s death on Friday lunchtime, saying he had passed away peacefully at Windsor Castle. The Government has not asked any sports to cancel events this weekend, including the Grand National at Aintree.

The Duke was an honorary member of the Jockey Club, whose steward Sandy Dudgeon said: “We received the news of the Duke of Edinburgh’s death with great sadness.

“On behalf of the Jockey Club, I would like to extend our deepest condolences to our patron, Her Majesty The Queen, and all members of the Royal Family.”

The Duke was well-known in equestrian circles, where he helped to develop the sport of carriage driving and became world champion in 1980.

He also played polo until the age of 50, was president of the International Federation for Equestrian Sports for 22 years, and was a regular at Royal Ascot, where the Queen had victories with several horses she owned, including Estimate in the Gold Cup in 2013.

Tributes were paid from a host of other sports, including rugby, where the Rugby Football League, the Rugby Football Union and the Welsh Rugby Union praised Prince Philip’s lifetime of service and expressed their condolences to Her Majesty The Queen and her family.

We are deeply saddened to hear of the passing of His Royal Highness The Prince Philip, Duke of Edinburgh.

All of our thoughts are with Her Majesty The Queen and her family. pic.twitter.com/h0w0f4ELWB

England and Wales Cricket Board chairman Ian Watmore said: “I’m sure I speak for the entire cricket family when I say how sad I am to hear of the passing of the Duke of Edinburgh.

“His passion for the game we all love was well known and the trophies presented to the men’s and women’s county champions are a tribute to his dedication to our sport. We owe him a great debt for his support and passion over many decades.”

British Olympic Association chairman Sir Hugh Robertson said: “It is with great sadness that the British Olympic family learns of the passing of HRH The Duke of Edinburgh.

“I would like to offer our sincere condolences to Her Majesty the Queen and the Royal Family, and especially to our President HRH The Princess Royal. The thoughts of the nation are with them all at this time.”