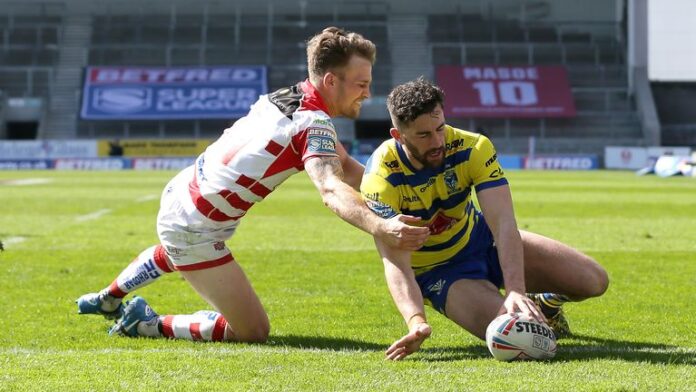 Former Wigan and Warrington centre Anthony Gelling is back in Super League after signing for Leigh.

The 30-year-old Cook Islands international left Warrington at the end of the 2020 season after coming to a mutual agreement with the club but has answered the call by the Centurions, who have lost their opening two matches on their return to Super League and were knocked out of the Challenge Cup on Sunday.

The Auckland-born Gelling will join Leigh when his quarantine period ends and help fill a void created by injury to centre Junior Sa’u.

Leigh coach John Duffy said: “News of Anthony’s availability came out of the blue but things then moved quickly and I’m delighted to welcome him to the club.

“Anthony has plenty of friends among our playing staff and, after speaking with them, he’s really keen to come and play and he can’t wait to get started.

“He’s really exciting to watch and will strengthen our backline. He’s got star quality, can make something happen out of nothing and he’s got lots of big-game experience.

“He’s played in some massive games during his career, World Club Challenge, Challenge Cup and Grand Finals so he will immediately add value and particularly help our young lads progress.”

Gelling, who spent six years with Wigan, was part of the team that beat Warrington in the 2016 Grand Final and played in the World Club Challenge triumph over Cronulla the following February.

After making more than 100 appearances for the Warriors, he returned to New Zealand for personal reasons at the end of the 2017 season after his partner was involved in a car crash.

He spent the following campaign in the NRL with New Zealand Warriors but returned to the UK with Widnes before signing for Warrington for 2020.