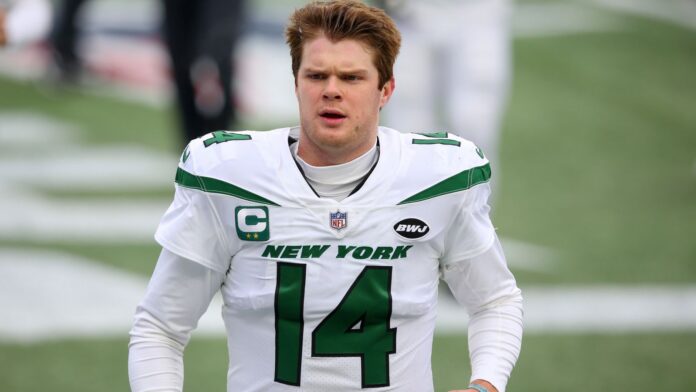 Sam Darnold “excited” by the prospect of starting over with the Carolina Panthers; quarterback spent three seasons with the New York Jets after being the No 3 pick of the 2018 NFL Draft; injuries and illness, coaching changes and offensive problems put an end to his time with the franchise

Quarterback Sam Darnold says there is a mixture of “relief and excitement” after arriving in Charlotte ready to get to work for the Carolina Panthers.

The Jets have the No 2 selection in the upcoming NFL draft and are expected to select former BYU quarterback Zach Wilson, leaving the 23-year-old Darnold to start over.

“There’s a little bit of both – relief and excitement,” Darnold said.

“There’s been so much uncertainty this offseason, not knowing what your future was going to look like, that was hard.

“But now that I’m in Charlotte, I’m excited, and yeah, I guess I am kind of relieved to be here.”

Darnold will get to work with a Panthers’ offense led by coach Matt Rhule and coordinator Joe Brady and anchored by All-Pro Christian McCaffrey.

“The culture that’s being set here is amazing,” Darnold said. “That’s probably the part that intrigues me the most about this.”

“To go from being unwanted to being wanted is huge.

“Getting that news that you’re going to be traded, of a team saying, ‘Hey, we didn’t want you,” for whatever reason, is hard.

“But right now, I feel great about it, and I’m excited to get here, and get started.”