Home Sport Gatland: Premiership players could miss out on Lions 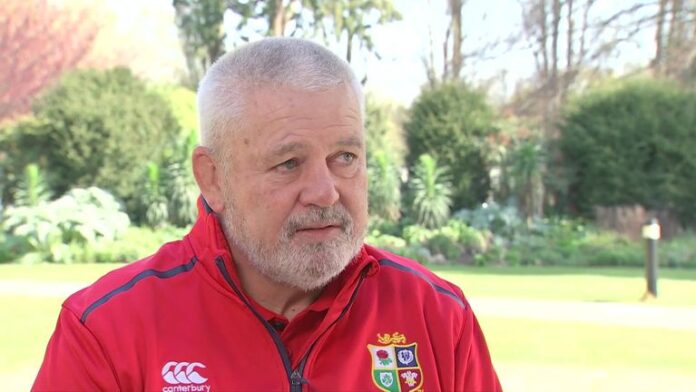 British and Irish Lions head coach Warren Gatland says no progress has been made with Premiership Rugby in releasing players early; the Lions face Japan at Murrayfield on the same weekend as the Premiership final

Warren Gatland says players based in the Gallagher Premiership could see their British and Irish Lions prospects harmed if its restrictions on player release are not relaxed.

Gatland has called for “common sense to prevail” when Lions chiefs meet Premiership Rugby (PRL) – the organisation representing the 12 top-flight clubs in England plus Saracens – this week in the hope of thrashing out an agreement.

Even personnel not appearing in the Premiership final on June 26, which takes place on the same weekend as the Lions’ warm-up Test against Japan at Murrayfield, are currently blocked from joining up with Gatland’s squad.

Not only does it impact on the chances of England players securing a place on the summer tour to South Africa, but also exiled Scotland and Wales stars such as Stuart Hogg and Dan Biggar.

An exasperated Gatland initially voiced his concern that availability would shape his selection in October and he revealed on Tuesday that no progress has been made since.

“We still don’t know what the situation is with PRL,” said Gatland. “We’re trying to get a resolution on what its stance is on the release of players.

“There have been agreements in the past and the Lions have always compensated clubs for the release of players – something they didn’t really have to do because the regulations allow for release on a certain date.

“We understand about the Premiership final and players involved in that, but we hope to be together for a couple of weeks of preparation leading into the warm-up game against Japan.

“If some players are not available for that preparation time, there are some tough calls to make. Is two weeks’ preparation for that game and the tour better than trying to put a squad together at the last minute, to get on the plane and play the following week?

“Is that going to be a harder challenge than actually picking players who you can work and prepare with?

“What we are asking is can they be released a little bit earlier, when they’ve finished their club campaign?

“I’m just hoping we can get some resolution and that common sense will prevail, so we don’t have to go through the squad and start looking at 50-50 calls on players and think ‘well, he’s based in England so unfortunately he’s not going to be available to us’.”

Even if PRL does grant full release, England will not be as well represented as had been predicted before a calamitous Six Nations in which Eddie Jones’ men collapsed to a fifth-place finish.

A core of that group such as Saracens stars Owen Farrell and Maro Itoje are certain to tour despite underperforming, but others will miss out as a result.

“There’s no doubt that some of those players didn’t have the greatest Six Nations this year but a lot of them have credit from past successes,” said Gatland.

“And that’s whether it’s winning in Europe, winning the Six Nations, performing well at World Cups or on previous Lions tours.

“But it’s probably not like it was 12 months ago where some of them would have been the first names on the sheet. Now you’re having a discussion about them and that’s a good discussion to have.”

Gatland hopes that all members of the Lions’ party will be vaccinated but is prepared for some players to opt out because of the complications of touring in the coronavirus pandemic.