Home Sport ‘AJ vs Fury offer must be absolutely ridiculous’ 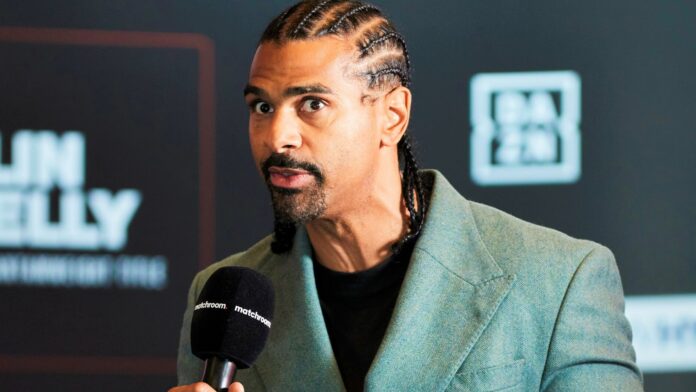 Britain’s rival champions are considering lucrative options to stage their blockbuster battle, with promoter Eddie Hearn remaining optimistic about delivering a date and venue this week.

But Haye, a former heavyweight title holder, believes that a huge financial reward is required to ensure Joshua and Fury share the ring in the next few months.

Fury got off the canvas against Wilder, AJ got over his loss against Andy Ruiz Jr and came back with a victory, so they both deserve the richest prize in the sport.

“They deserve every penny they earn, because they’ve both put it on the line. They’ve both sacrificed, they’ve both become heavyweight world champion in their own right.

“They’ve both taken their licks. Fury got off the canvas against Wilder, AJ got over his loss against Andy Ruiz Jr and came back with a victory, so they both deserve the richest prize in the sport.

“They both deserve to be in this big mega event. May the best man win when it finally does happen.”

Fury suggested that an agreement had to be reached by Tuesday, telling Behind The Gloves: “We have to go to Monday, Tuesday by the latest. If I don’t know anything by Tuesday, I’m just going to move on, because it’s been a long time in the making.

🗣 “Giving back may provide some financial resources.

Going back provides an intangible, psychological stimulation for the children to want to do better.

Your presence is infinitely more important than your profit” pic.twitter.com/7t7aHCoaai

“Now finally the offers are on the table. We’ll go through them and take the best one.”

Matchroom boss Hearn planned to meet Bob Arum, Fury’s US promoter, this week to thrash out the remaining terms.

A variety of locations have offered to host Joshua vs Fury, including Saudi Arabia, Qatar, Singapore, China, America, Dubai and Britain, with the fight expected to be scheduled in July.

“The teams will get together,” Hearn has told Sky Sports. “I will try to see Bob Arum on Tuesday. We’re nearly there.

“We have worked really hard and we don’t want to give in.

“It has to be in an indoor arena and those arenas are already in place, ready to stage this fight…”

“We’re in a good place, nice and close. I can’t do any more than I’m doing. People know that we’re on the verge.

“Both guys are desperate to get moving. Joshua wants a date for the start of his camp. This is the sporting event of 2021.

“One lucky site will get good news next week and the whole world will stop to watch this fight.”

David Haye’s The Black Mask Company has released a limited edition Rainbow Mask range, to say thank you to our NHS Heroes, with 25% of the retail price being donated to NHS Charities Together, as well as a mask donation to the organisation for every order made.