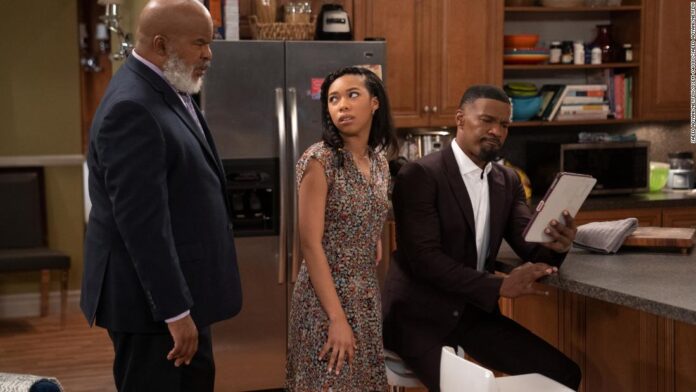 Yet that’s not the only “Embarrassing”-type sitcom on Netflix’s menu, which raises the question of why the streaming service — which built its appeal and reputation around premium-level content — wants to emulate old-time TV, offering situation comedies that wouldn’t look out of place on a broadcast network’s schedule in the 1980s or ’90s.
The short answer is that Netflix — once the alternative to the TV establishment — has, with its expansion into more than 200 million homes globally, become the establishment. And as it grows, the service seems determined to provide something for everyone.
In the last few months, Netflix’s formulaic multi-camera sitcoms have included “The Crew,” an office comedy starring Kevin James (“The King of Queens”) about a NASCAR racing team; and “Country Comfort,” basically a modern version of “The Sound of Music,” only with Katharine McPhee as the country-singing nanny to a bunch of kids, in the employ of a widowed cowboy type (Eddie Cibrian).
Still to come in May, meanwhile, is “The Upshaws,” starring Mike Epps, Kim Fields and Wanda Sykes (who is also a co-creator of the show), a conventional sitcom format that weaves in bluer language, with Epps as a mechanic with kids of various ages.
In a sense, the streaming service’s appetite for sitcoms dovetails with its efforts to cater to different programming tastes and demographic segments, while complementing its library of older series. In addition to the revival “Fuller House,” the roster of traditional-style sitcoms includes “Mr. Iglesias,” “Alexa & Katie,” “Family Reunion” and “The Ranch.”
Netflix executives have noted that adding multi-camera comedies reflects a natural extension of its subscriber growth. Such comfort-food shows also meet the goal of zigging where much of the television industry has zagged, with even major networks having shifted in recent years to favor a single-camera format, with the notable exception of CBS.
“Dad! Stop Embarrassing Me!” and “The Crew” both exhibit a very particular kind of selling point, one that relies heavily on star power and marketing big, promotable names above all.
For actors like Foxx and James, producing and starring in a sitcom represents a relatively low-demand way in terms of the time commitment involved, a benefit that can trump the familiarity of the material. In Foxx’s case, “Dad Stop Embarrassing Me!” also has the advantage of being a family affair.
In the press notes, Foxx — who recently starred in the Netflix movie “Project Power” and signed to play Mike Tyson in a limited series — contrasted his return to TV comedy with movies, saying, “You could do a movie and it’s so many people involved and it comes out and you’re like, ‘Man, that ain’t what they said it was gonna look like.’ So, the process is just different.”
A better question is why such shows are perceived to deliver significant subscriber value, for the most part dishing out pallid versions of a genre that’s readily available across streaming, with viewers embracing reruns of staples like “Friends,” “The Office” and “The Big Bang Theory” during the pandemic.
Because Netflix and its competitors seldom make available clear data regarding viewing, the best indication the strategy is working can be seen in its program menu. As long as subscribers exhibit an appetite for them, expect more old-fashioned sitcoms, “Embarrassing” or otherwise.
“Dad! Stop Embarrassing Me” premieres April 14 on Netflix.