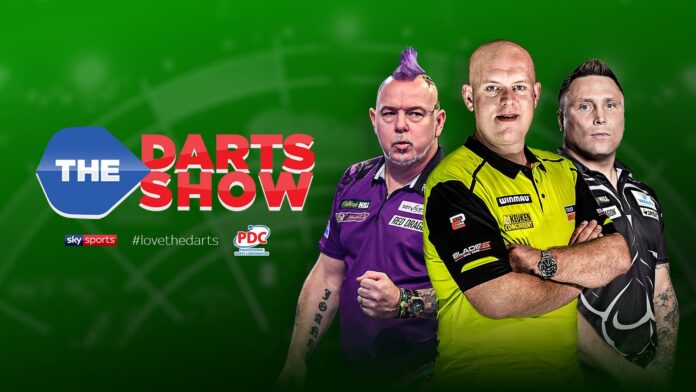 The Darts Show podcast team are back to review the whirlwind start to this year’s event.

Dimitri Van den Bergh – The Dreammaker is thriving behind closed doors and alongside fellow debutant Jonny Clayton is setting the pace at the top of the early table. The Belgian discusses his move to England on a permanent basis, his Premier League ambitions and how housemate Damon Heta has his sights set on joining him in the event.

Matt Porter – with lockdown restrictions across the country beginning to ease, the prospect of fans in arenas draws ever closer. As well as discussing how likely a Premier League crowd in Milton Keynes might be and the loss of the world No 1 from the event, the PDC chief executive opens up on the remainder of the season and how the European Tour, the World Grand Prix and the Grand Slam of Darts might look.

🏆 @VandenBerghDimi on mixing with the elite

One-word Premier League – In keeping with the pace of this year’s Premier League we get Lloydy and Laura to deliver a one-word verdict on all 10 players.

#LloydyForBakeOff – Our double major winner has taken his amateur baking to another level during lockdown. Laura and Matt join the campaign to get our man’s skills known to the nation.

Have a great safe Easter everyone. Some cheese scones fresh out of the oven and a lemon cheesecake setting in the fridge 😋😋😀👍🍾🦈xx pic.twitter.com/OpBmRzoZGl

What we’ve learned – Ahead of the resumption our experts pick out the talking points from the first round of fixtures, from MVG’s inconsistencies and a Flying Ferret to Duzza’s struggles and a possible return to form for a couple of big hitters.

Don’t miss an arrow thrown with Sky Sports as Premier League Darts resumes on Monday April 19 at 7pm on Sky Sports Action – and stick with us for build-up this for updates, interviews and reaction from start of this year’s competition