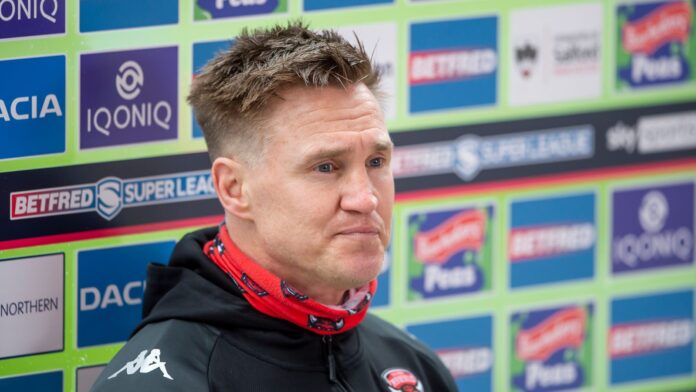 A 42-6 hammering at Catalans Dragons left Marshall to deliver an honest appraisal of his side’s current position.

He said: “We are learning some tough lessons at the moment.

“We’ve played three tough teams and we’re the first team to come out to France but at the same time we thought we would execute our plan a lot better than that.

“We were rattled and Catalans blew us away. We led to our own downfall, we made far too many mistakes and errors.

“We all have to be responsible for our ball control but I will take responsibility for the performance, I have to put my hand up and I will make sure we are working really hard to improve upon that performance this week.

“We’ve let our supporters down with that performance.

“I don’t think the travel is the problem, we got on a plane instead of a bus and we’re not using that as an excuse.

“Apart from the first 20 minutes where we were in the contest, in the fight, I thought our performance levels fell away and we made too many errors.

“At 20-0 down we were always going to be struggling. We need to start games a lot better with more intent and energy.

“We don’t need to change our whole game plan over the next few weeks but there are certainly some areas we need to look at.

“We can’t be producing performances like that, it is not the required standard.”