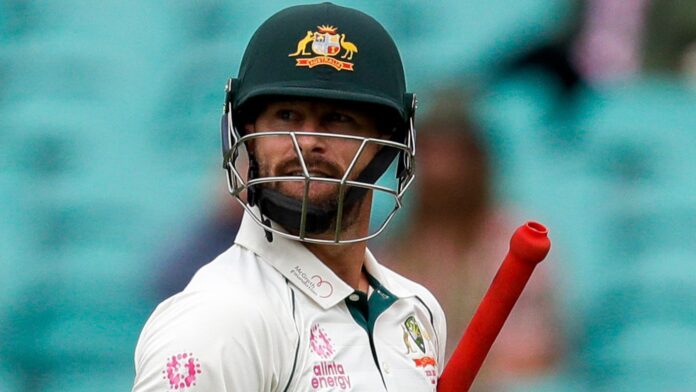 Matthew Wade, Travis Head, Joe Burns and Mitchell Marsh have lost their Cricket Australia contracts but young all-rounder Cameron Green has been handed a deal for the 2021-22 season.

The omissions of Head, Wade and Burns mean David Warner, Steve Smith and Marnus Labuschagne are the only specialist batsmen among the 17 contracted players for the upcoming campaign, which includes an Ashes series at home to England.

Green, 21, has been awarded his first deal after a year in which he made his Test and ODI debuts and amassed over 900 runs from eight games for Western Australia in the Sheffield Shield at an average of 76.83.

Green has scored one fifty in his four Tests – hitting 84 in January’s clash with India in Sydney – but is yet to take a wicket in the format.

National selector Trevor Hohns said: “Cameron is a player we believe will play an important role for Australian cricket after his impressive breakout summer.

“His 84 in the second innings against India at the SCG demonstrated excellent technique and resolve and we are confident his bowling will be impactful at international level. His domestic form was also outstanding, and we expect he will only get better with more international exposure.”

Opening batsman Will Pucovski – who, like Green, made his Test debut last summer – has missed out on a contract as he recovers from shoulder surgery, while all-rounder Marcus Stoinis is another notable omission.

However, players from outside the group who make enough international appearances during the season could be elevated to full contracts.

Speaking on why Australia awarded only 17 deals, down from the previous year’s 20, Hohns added: “Firstly, we have seen format specialisation become increasingly prevalent in recent seasons.

“Accordingly, this has resulted in a broader group of players representing Australia, often beyond the initial list of contracted players at the start of each year.

“There is a considerable amount of international cricket to be played across all formats in the next 12 months and the door to national selection is never closed to players outside this list.”