Home Culture Madonna and Levi’s pay tribute to Nick Kamen – ‘the man who... 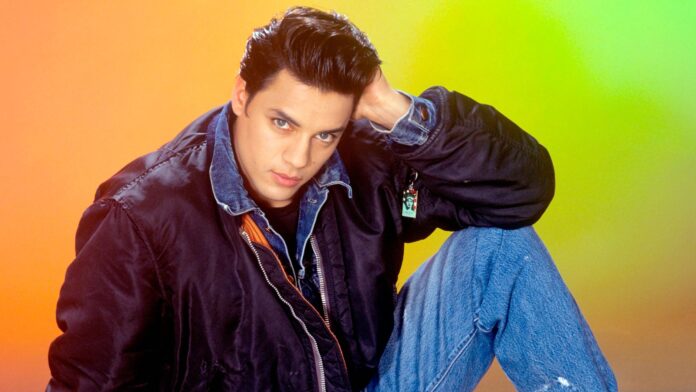 Madonna and Levi’s have paid tribute to “kind” and “sweet” model and singer Nick Kamen, “the man who made the 501 even more iconic”.

Kamen, who was best known for stripping off in a launderette to wash his jeans in the famous 1980s Levi’s advert, also had a music career and was considered a protege of the Queen of Pop.

Paying tribute on Twitter following his death at the age of 59, Madonna described the star as “such a kind and sweet human” and said “it breaks my heart to know you are gone”.

It breaks my heart to know you are gone. You were always such a kind sweet human and you suffered too much. Hope you are happier wherever you are Nick Kamen. 🙏🏼 pic.twitter.com/Cfk8vkM1Je

In their tribute, Levi’s described the star as “the man who made the 501 even more iconic” and shared a Levi Strauss website post from 2020, looking back at the advert after 35 years.

“Dressed in a T-shirt and 501 jeans, model Nick Kamen immediately caught the eye and interest of everyone watching him onsite and onscreen,” the post said.

To the man who made the 501® even more iconic, in his 1985 Laundrette commercial. RIP Nick Kamen

In tribute, here’s a look back.https://t.co/Fh3V2qTq6y

Kamen, whose real name was Ivor Neville Kamen, was born in Harlow, Essex.

He first came to public attention on the cover of The Face magazine in 1984, for which he was pictured wearing a ski hat and aviator sunglasses.

RIP NICK KAMEN 🕊️ ⁠
⁠
The model and singer is understood to have died on Tuesday night after a long illness at the age of 59.⁠
⁠
Kamen, whose real name was Ivor Neville Kamen, featured regularly in THE FACE since 1984, where he was photographed by Jamie Morgan.⁠#NickKamen pic.twitter.com/4GODUIw5ka

But it was his Levi’s commercial the following year that saw him become known as a sex symbol. The advert, which saw the young star waiting in his boxer shorts in a public launderette, soundtracked by Marvin Gaye’s 1968 hit Heard It Through The Grapevine, saw sales of the jeans rocket.

He launched a career in pop music in 1986 with the number five hit Each Time You Break My Heart, a collaboration with Madonna from his eponymous debut album.

In a BBC radio interview in 1986, Madonna said she had been prompted to contact him after hearing his “beautiful voice”, and signed on to produce and sing backing vocals on the track.

Kamen’s second single, Loving You Is Sweeter Than Ever, a cover of the Four Tops’ 1966 hit, reached number 16, and he went on to release four albums between 1987 and 1992. A six-CD box set encompassing his career was released in 2020.

Boy George and Duran Duran were also among those paying tribute on social media following his death.

“R.I.P to the most beautiful and sweetest man Nick Kamen!” Boy George wrote on Instagram, sharing a photograph of the pair together.

Duran Duran bassist John Taylor said: “So so sad to hear of the passing of Nick Kamen. One of the loveliest and gentlest men I ever met. He was a beloved friend to my daughter and her Mom. We shall all miss him. RIP Nick”

Kamen died on Tuesday, a friend of his family confirmed. It is understood he had been ill for some time.