Home Culture ‘The Water Man’ is another coming-of-age tale, with the Oprah seal of... 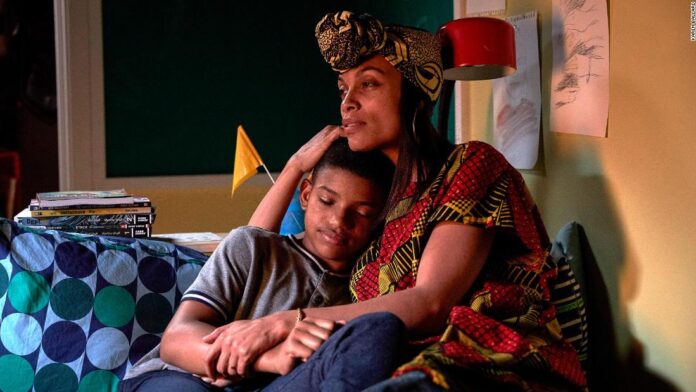 The film’s centerpiece is Lonnie Chavis, who plays the younger Sterling K. Brown (one of the versions of him, anyway) on “This is Us.” Here, he’s cast as Gunner Boone, a boy whose mother (Rosario Dawson) is battling cancer and whose somewhat-distant father (Oyelowo) has come home after being stationed abroad.
Alarmed to see mom’s condition worsening, Gunner begins frantically researching leukemia, and also learns of a local myth (or not) about the Water Man, a supernatural figure who legendarily has the power to bring people and animals back to life. Told by a believer (Alfred Molina) that the spectral presence resides in the woods, Gunner a little too naively embarks on a trip to find him, accompanied by a local girl (Amiah Miller) who seems mostly interested in getting her hands on his savings.
Such journeys are certainly a tried-and-true motif of children’s literature and movies (see “Stand By Me”), made more resonant in this case by the underlying concept of a kid grappling with the prospect of his mother’s death, another extremely durable theme.
Still, “The Water Man” feels a little watered-down even by the standards of its genre, with somewhat less heft than the old Hallmark Hall of Fame movies, which created a classy environment to sell greeting cards (just in time for Mother’s Day) woven into the drama.
The movie’s limitations are somewhat belied by its classy trappings, which include the aforementioned casting and Winfrey (who previously worked with Oyelowo on “Selma”) among the producers. Even so, the real anchor is Chavis, a gifted young actor who wrings as much emotional mileage out of the situations as he possibly can.
“The Water Man” is premiering in theaters, but its logical home will be on television, where this might have become a fixture had the execution been a bit sharper. As is, Oyelowo’s film delivers its simple message to appreciate the people you love ably enough, without leaving the intended ripples in its wake.
“The Water Man” premieres in theaters on May 7. It’s rated PG.

‘I was embarrassed’: Britney Spears apologises to fans for hiding conservatorship trauma

Britney Spears apologizes to fans in first post since hearing