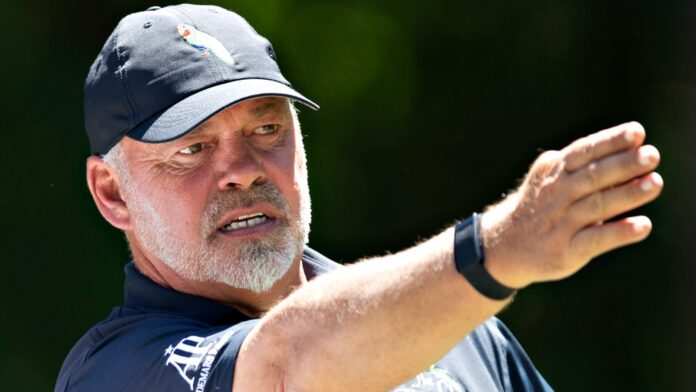 Former Open champion Darren Clarke fired a six-under 66 to take the first-round lead at the Regions Tradition, the opening men’s senior major of the year, with Ryder Cup captain Steve Stricker in the chasing pack.

Darren Clarke has set his sights on challenging for a maiden senior major title after moving into a one-shot lead after the opening round of the Regions Tradition.

The 2011 Open champion registered seven birdies and a lone bogey on his way to a six-under 66 at Greystone Golf & Country Club, giving the Northern Irishman a narrow advantage over Stephen Ames and Jerry Kelly.

Clarke – beginning on the back nine – opened with back-to-back birdies and added four more in a five-hole stretch around the turn to jump up the leaderboard, before cancelling out a gain at the seventh by dropping a shot on his penultimate hole.

“Majors are majors, it doesn’t make any difference which tour they’re on, Clarke said. “You want to play well. You ask Tiger Woods, you ask Rory McIlroy, you ask Dustin (Johnson), you ask Mr. (Jack) Nicklaus, you ask anybody, majors are what they all want, and it’s the same out here.

“We all want them, too. There’s a little bit of added excitement, four-round tournament. I think it’s the first tournament Ive walked since Pebble Beach last year, so my legs are a little bit sore.”

Kelly made six birdies in the space of eight holes to stay within a shot of the lead alongside Ames, who birdied two of his last three holes, while 2019 champion Steve Stricker is two off the pace with Alex Cejka and Mike Weir.

Ernie Els is among a group of seven players at 69 and Bernhard Langer is a further stroke behind, while Colin Montgomerie signed for a one-over 73 and Ian Woosnam withdrew mid-round with a hip injury.