Home Sport THE JEWEL IN THE CROWN: FORMULA E RACES INTO MONACO FOR NEXT... 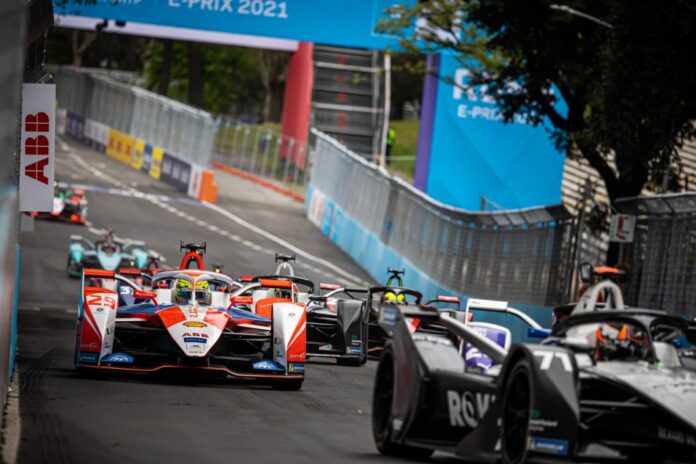 The ABB FIA Formula E World Championship is Monaco-bound this week, as competitors in the all-electric single-seater series get ready to tackle the most iconic street circuit in the world in the glamorous Principality on Saturday (8 May).

The three previous editions of the prestigious Monaco E-Prix have all proven to be hard-fought and thoroughly entertaining affairs, and the forthcoming race – round seven of the 2020/21 Formula E campaign – looks certain to deliver more of the same, especially as it will use the full track (3,33 km) for the first time, lightly modified in the chicane layout at T11 on the harbour front at the exit of the tunnel to suit the series’ requirements. Its tight, twisty and technical layout is sure to pose a stern challenge, and its unforgiving nature means no mistake will go unpunished.

Mercedes EQ’s Nyck de Vries and Stoffel Vandoorne lead the Formula E field into the weekend, separated by nine points at the summit of the standings following the opening three double-headers. Between them, the pair have won half of the races disputed so far this season, but they have also notched up four retirements and neither scored in the most recent contest in Valencia. They will be determined to regain their momentum in Monaco, where de Vries twice triumphed in FIA Formula 2 and Vandoorne emerged victorious in GP2

Jaguar Racing’s Sam Bird and his former team-mate, Envision Virgin Racing ace Robin Frijns, are the Mercedes duo’s nearest pursuers, currently tied for third place in the classification. Bird was a winner in Diriyah and reached the rostrum again in Rome but endured a difficult weekend in Valencia, while Frijns has enjoyed a strong start to the campaign that he is aiming to build upon this weekend.

Mitch Evans in the second Jaguar entry is just behind in fifth, and like Bird, the New Zealander is eager to quickly bounce back from a subdued Spanish double-header for the British outfit.

With four top six finishes to-date in 2020/21, René Rast has been a model of consistency for Audi Sport ABT Schaeffler and has twice tasted victory champagne in Monaco in the Porsche Supercup. DS TECHEETAH’s Jean-Éric Vergne, meanwhile, is one of only two drivers on the grid to have won around the streets of the Principality in Formula E, leading from lights-to-flag in 2018/19 en route to his second championship crown.

The other active driver to have mastered Monaco in Formula E is Nissan e.dams’ Sébastien Buemi, who converted pole position into the top step of the podium in both 2014/15 and 2016/17. The Swiss driver is searching for a repeat performance this time around, following a disappointing start to the season that sees him just 22nd in the title table. His team-mate Oliver Rowland qualified fastest for the race in 2018/19 prior to a grid penalty being applied, so hopes are high for a bumper points haul on Saturday to fire the pair up the order.

Fellow Briton Jake Dennis launched himself spectacularly into the top ten in the standings courtesy of a brilliant maiden triumph in only his sixth Formula E start a week ago in Valencia. The BMW i Andretti Motorsport man has never previously competed in Monaco, but buoyed by his breakthrough success, he is excited to push for more silverware.

Edoardo Mortara and rookie ROKiT Venturi Racing team-mate Norman Nato have both displayed flashes of real pace over the six rounds so far, with the latter in particular unfortunate not to have more to show for his efforts. The Frenchman won in Monaco in Formula Renault 3.5 and raced to the runner-up spoils in GP2, so will surely fancy his chances of securing his first big Formula E result this weekend on his team home event.

Pascal Wehrlein has also shone in the Principality in the past – posting fastest lap in the Formula E race there in 2018/19 – while TAG Heuer Porsche stablemate André Lotterer finally got his challenge off the mark with a superb second place in Spain, following a troubled opening five outings.

Somebody in need of a similar result – and who has twice finished second in Monaco in Formula E – is 2016/17 champion Lucas Di Grassi (Audi Sport ABT Schaeffler), who is languishing down in 19th place in the points at present. Both the Brazilian and fellow title-holder António Félix da Costa (DS TECHEETAH) have been left ruing missed opportunities to win this season, but both are more than capable of kick-starting their campaigns around a circuit renowned for springing surprises.