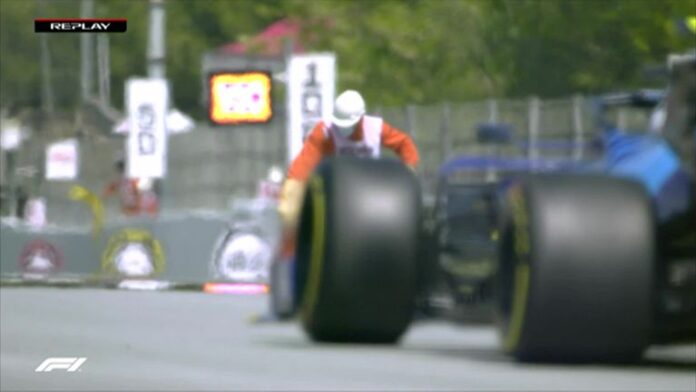 Lewis Hamilton set the pace in Practice Two for the Spanish GP ahead of Valtteri Bottas, with Max Verstappen only ninth for Red Bull as Charles Leclerc and the midfield instead provided a close challenge to Mercedes.

On top in both Friday sessions, Mercedes have set their stall out as the team to beat for F1 2021’s fourth round – although they finished Barcelona’s opening day only just ahead of some surprise rivals.

Hamilton topped the timesheets with a 1:18.170 in P2, one tenth of a second ahead of team-mate Bottas and, intriguingly, the Ferrari of Leclerc.

With the rest of the chasing pack also closing in, the top eight were split by just half a second in a competitive session. But Verstappen was conspicuous by his rare absence from the fight at the front.

Verstappen, who has battled Hamilton in all three races to start the season and is eight points behind in the championship, finished with an alarming 0.6s deficit – although his fastest lap did come on medium tyres.

He was a tenth off the Mercedes on a soft-tyre effort before backing out in the final sector, hinting at a tighter fight than the final P2 times.

“I think it looks as though Mercedes are ahead,” said Sky F1’s Anthony Davidson. “But the gap is not quite as big as what the lap times suggest at this stage.”

With Sergio Perez struggling in 10th in the other Red Bull, the door was opened for the rest of the midfield and Esteban Ocon and Fernando Alonso were fourth and fifth for an improved Alpine – only 0.3s off Hamilton’s leading time.

“It’s amazing to see the progress Ferrari and McLaren are making, and even Alpine,” said Hamilton. “It’s fantastic to see them so strong.”

Not far behind, Pierre Gasly and Yuki Tsunoda were sixth and seventh for AlphaTauri while Carlos Sainz was next in the second Ferrari.

Red Bull surprisingly rounded off the top-10, and also appeared to be lacking pace compared to Mercedes on the long runs.

Verstappen then finished the hour with damage to his RB16B car.

McLaren also had a disappointing second practice, finishing with both cars outside the top-10 with Lando Norris 12th and Daniel Ricciardo 15th. The same applied for Aston Martin, who looked strong in Barcelona’s opening session but dropped out of leading midfield contention in the afternoon.

Why were Mercedes so much faster than Red Bull?

Mercedes and Red Bull have been neck and neck throughout a pulsating start to the 2021 campaign but in Spain, perhaps for the first time this season, it looks like the world champions have taken a significant step forward.

They have now dominated three Fridays in a row but Barcelona was their most comfortable compared to Red Bull, and team boss Toto Wolff admitted to Sky F1 that it was Mercedes’ best Friday of the year.

Hamilton added: “It’s been a good start to the weekend. The track is awesome and the balance is similar to what we had in the last race. It looks close but it looks like we’ve got decent pace.”

But Verstappen is remaining optimistic, certainly more so than he was this time last week in Portugal.

“Overall I think we had quite a good day,” said Verstappen, who made a mistake at Turn 10 of his pivotal P2 flying lap. “Nothing shocking today.

“We seem quite competitive but how competitive we are going to be tomorrow is always going to be a question mark. We want to improve and we want to do better but there was nothing weird going on today.”

Hamilton does, however, look to be the favourite for pole. The championship leader is looking for 100th pole this weekend and a record-equalling fifth straight win at the same circuit, while Verstappen will be aiming to hit back in his 100th Red Bull race.