Home Culture Little Mix’s Perrie Edwards is having a baby 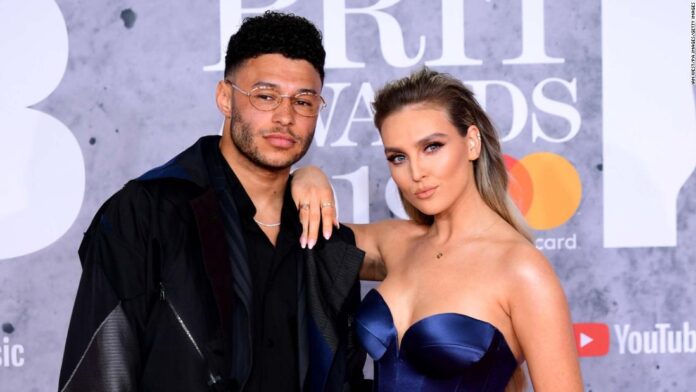 The 27-year-old singer posted black and white pictures of her baby bump on Instagram Monday, writing: “So happy to be on this wild journey with my soulmate.”
She added: “Me + Him = You. We can’t wait to meet you baby Ox.”
Meanwhile, Liverpool footballer Oxlade-Chamberlain posted the same images to his own Instagram page.
In a caption accompanying the pictures, he wrote: “Anyone got any advice on how to change nappies? So grateful and excited to become a dad.”
The England player, 27, added: “Bring on the sleepless nights.”
The singer’s announcement came just days after Edwards’ Little Mix bandmate Leigh-Anne Pinnock announced she is expecting her first child.
Little Mix shot to fame in 2011 after they won the UK’s “The X Factor” TV talent show.
They have gone on to become one of Britain’s biggest girl groups, with five number one singles in the UK, and one number one album.
Last December, singer Jesy Nelson, who had been part of Little Mix since the group formed, announced she was leaving.
The remaining members of the group, Pinnock, Edwards and Jade Thirlwall, said they intended to continue performing and touring after Nelson’s departure.

Sandra Gonzalez contributed to this report.