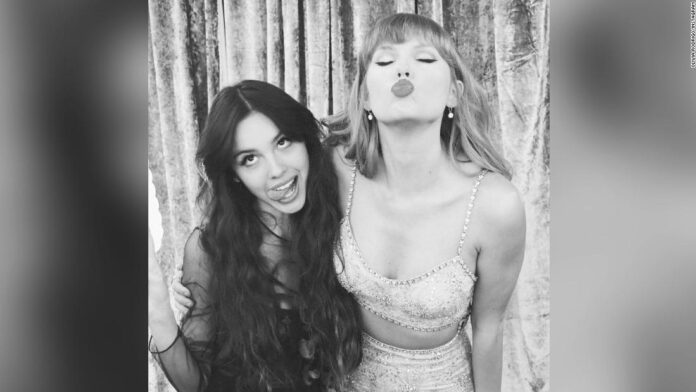 The two have communicated over social media, with Rodrigo rocking out to “Fearless (Taylor’s Version)” and Swift referring to Rodrigo as her “baby” on Instagram.
They finally met in person for the first time at the BRIT Awards. Rodrigo also passed Swift a handwritten note.
It was Rodrigo’s BRIT Awards debut. She sang “drivers license,” accompanied by a piano and a harp.
Rodrigo’s debut album “SOUR” is scheduled for release on May 21 via Geffen Records. Her songs “drivers license” and “deja vu” debuted at the top of the Billboard Hot 100.
Her teen heartbreak hit “drivers license” has also broken the Spotify record for most streams of a song in a single week.