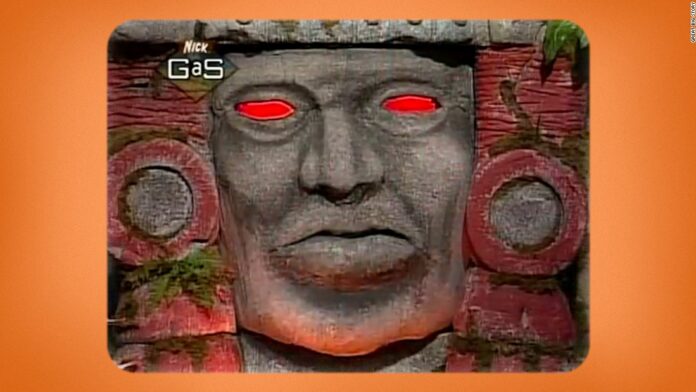 The CW saved the show after it was initially planned for Quibi, which is no longer.
The network announced the news on Tuesday, saying the Nickelodeon kids competition show would be getting a “supersized, adult” upgrade.
Some original parts of the show will remain though, like the Olmec statue and challenges like the “Moat Crossings” and “The Steps of Knowledge.”
Team names will be color and jungle themed; Blue Barracudas, Purple Parrots, Orange Iguanas, Red Jaguars, Green Monkeys and Silver Snakes are all teams.
The final challenge will be held in Olmec’s Temple.
Original co-creator Scott A. Stone will serve as executive producer.
The network plans to announce a premiere date and timeslot at a later date.