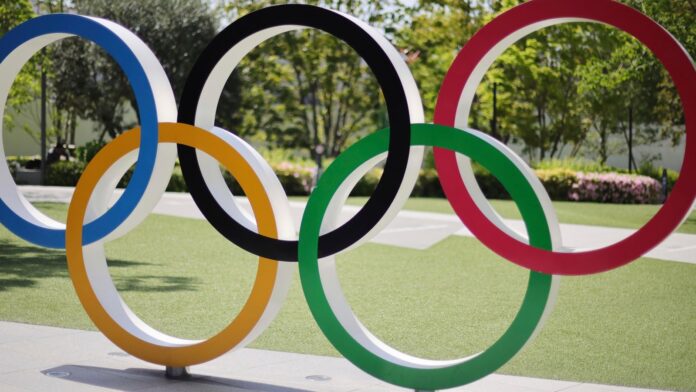 Protestor raised a banner which read “No Olympics in Tokyo”; Controversy around the Games going ahead this summer continues to swirl in Japan, with wide public opposition to the event and rising coronavirus infections; Organisers insist Games will go ahead

A man posing as a journalist gatecrashed an International Olympic Committee (IOC) online press conference on Wednesday to protest against the Olympics.

He was cut off shortly afterwards and the news conference was swiftly ended by Mark Adams, the IOC spokesman who had been answering questions. The video has since been deleted from the IOC’s YouTube channel.

Controversy around the Tokyo Games going ahead this summer continues to swirl in Japan, with wide public opposition to the event and rising coronavirus infections.

Tokyo 2020 organisers and the International Olympic Committee meanwhile continue to insist the Games will go ahead as planned, with 70 per cent of athletes (around 7,800) now qualified.

IOC spokesperson Adams said organisers were now in an “implementation phase” and are “fully concentrated on delivering an excellent Games which will bring the world together and mark a moment, something we are all looking forward to”.

“Everything is telling us from the test events and international events that the Games can go ahead and will go ahead,” Adams said.

Tokyo 2020 chief executive Toshiro Muto echoed these comments, confirming that cancelling the Olympics was “never raised” at the IOC Executive board meeting on Wednesday afternoon.

Japan has extended a state of emergency in Tokyo and three other areas until the end of the month as the number of cases rises daily. More than 300,000 people have signed a petition to cancel the Games since it was launched five days ago, but the IOC believes public opinion will change as the Games get closer.

“In terms of Japan and Tokyo, we understand the caution,” Adams said. “We are fully in solidarity with them. People are very cautious. We have to fully trust the Japanese authorities.

“There will be ups and downs. We have to take account of public opinion on a longer term. As things stand now we are moving ahead and continue to plan for a full Games.”