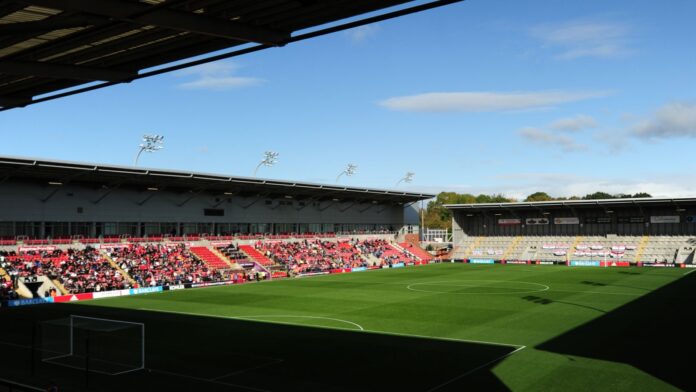 Mark Foster, the RFL’s chief commercial officer: “After the whole Betfred Challenge Cup competition was played behind closed doors in 2020, this does represent a step in the right direction – with every reason to be hopeful of a much bigger crowd at Wembley on July 17 for the final”

Leigh Sports Village will host the semi-finals of the Betfred Challenge Cup on Saturday, June 5 as part of a triple-header in front of an expected crowd of 4,000.

Hull’s clash with St Helens will kick off at 2.30pm, followed by the tie between Castleford and Warrington at 5pm.

The men’s fixtures will follow the Women’s Challenge Cup final.

Covid restrictions mean attendance at the 12,000-capacity stadium will be severely limited and the RFL says each of the four semi-finalists will be given an initial allocation of around 600 tickets.

The RFL says it is working with the Government and other authorities on the possibility of increasing the capacity, based around staggered entry of supporters of the six teams to the stadium.

🏆 Leigh Sports Village to host @Betfred Challenge Cup triple-header on June 5, as full details of both men’s and women’s semi-finals and finals confirmed.

Mark Foster, the RFL’s chief commercial officer, said: “We know the restrictions on capacity at Leigh Sports Village are going to mean frustration and disappointment for some who would want to support their teams in person.

“We share that frustration but this event was scheduled over six months ago and it became clear recently that, while it is great that fans would be allowed inside the stadium, it was going to be an event with unique challenges, in the period between the partial reopening of stadiums to fans and the further easing of lockdown.

“After the whole Betfred Challenge Cup competition was played behind closed doors in 2020, this does represent a step in the right direction – with every reason to be hopeful of a much bigger crowd at Wembley on July 17 for the final.”

The Women’s Challenge Cup semi-finals – between York and Castleford and St Helens against holders Leeds – will be played as a double-header at York’s new LNER Stadium.