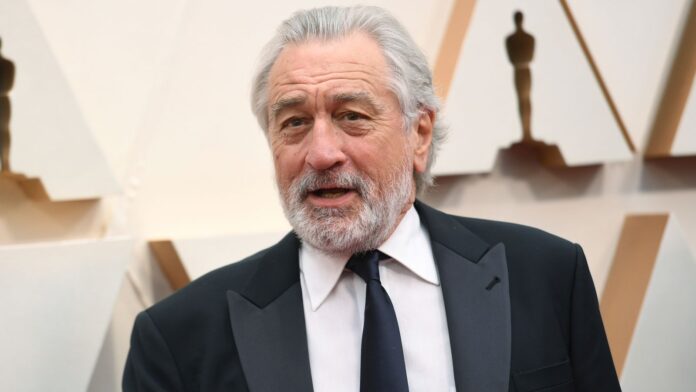 Legendary actor Robert De Niro has reportedly injured his leg while on location of his new movie.

According to US media outlets, De Niro was on location in Oklahoma when he suffered the injury, but he was not on set.

His management confirmed to Fox News that the star flew home to New York City on Thursday evening and will see a doctor on Friday.

It is thought this flight may have been pre-planned, though, before De Niro suffered an injury.

He is part of the upcoming Martin Scorsese film Killers Of The Flower Moon, which also stars Leonardo DiCaprio and Lily Gladstone and will stream on Apple TV+.

Production sources told gossip site TMZ that the cast and crew was taking a filming break on Friday as a result of De Niro’s injuries, with the suggestion being that he was due on set to film.

It is not yet known what the extent of the injury is, or whether it will cause any delays to the film, which is due to be released next year.

Earlier in the week, Apple shared a production image of DiCaprio and Gladstone in their new roles in the film.

The movie is based on a book of the same name, which investigates the murders of native Osage people in the 1920s after oil was discovered in Oklahoma.