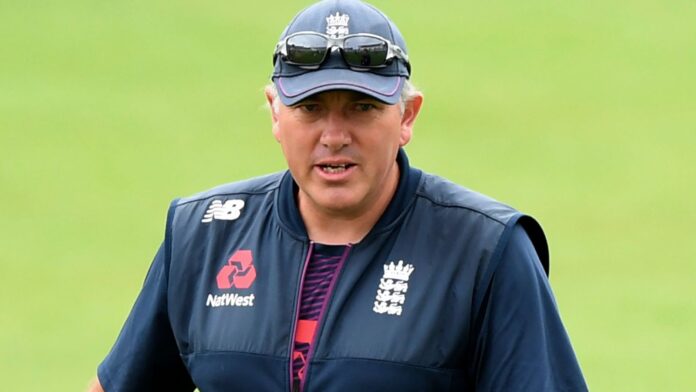 England head coach Chris Silverwood says he will hand over the reins to the one-day international side this summer to ensure he takes a break in a congested year.

Silverwood will miss England’s home ODI matches against Sri Lanka and Pakistan from late June to mid-July, with his assistants Paul Collingwood and Graham Thorpe taking charge of the team for one series each.

Having been part of England’s tours of Sri Lanka and India earlier this year, Silverwood said it was important to keep the backroom staff “as fresh as possible”.

“It’s not fair on the players if I am operating at less than 100 per cent and it is not fair on myself either,” Silverwood told British media.

“Thorpey will do one and Colly will do the other and I’ll use it as my break to refresh and get ready for what is ahead of us.”

England have already adopted a rest-and-rotation policy for their players to tackle a relentlessly busy schedule.

After hosting seven Tests as well as the 12 white-ball internationals, England are scheduled to tour Pakistan and Bangladesh ahead of the T20 World Cup scheduled for October.

Joe Root’s Test side then face a trip down under for the Ashes series against Australia, followed by a tour of the Caribbean at the start of next year.

Silverwood is not yet sure whether he will have a break in that time.

“I’m not going to deny it’s not easy for me,” he said, of switching off from his job. “Obviously I am wholly on board with what we are doing. I am very embedded in it now. I do find it hard to switch off but I’ll do my best.”

England are expected to name their Test squad for the series against top-ranked New Zealand early next week.

Ashley Giles, the managing director of England men’s cricket, has previously suggested that players who participated in the COVID-19-hit Indian Premier League are unlikely to feature in the series, which begins on June 2.