Home Sport WBBL final: Friendships put to one side for Sunday showpiece 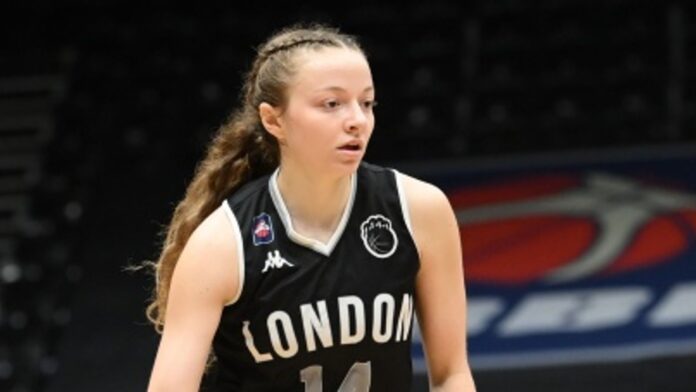 Watch the Newcastle Eagles take on the London Lions in the WBBL final via a free live stream on skysports.com, Sky Sports app and Sky Sports YouTube channel on Sunday at 2:30pm; coverage also available on Sky Sports Arena

Newcastle Eagles head coach Chris Bunten and London Lions guard Kennedy Leonard know each other well, but pleasantries will be put to one side when the pair meet in the WBBL play-off final.

Bunten’s Eagles face the London Lions – and point guard Leonard – in the WBBL play-off final this Sunday, live on Sky Sports, but the unlikely pair are old family friends.

Leonard said: “We’ve been messaging the last couple of days. I asked him ‘what’s your gameplan against us?’. And he said, ‘we have to stop you, Cassie Breen, Shanice Beckford-Norton, Chantel Charles, Stephanie Umeg, Paige Robinson…’ He basically listed our entire team, and was like, ‘then maybe we’ll keep it close’. He’s such a jokester.”

Despite the camaraderie, when the ball is tipped on Sunday, it is all business.

Bunten has shown that he knows how to keep his team on the task in hand. The Eagles have had their ups and downs this season, with two players leaving to sign with teams in Europe, and several injuries hitting the team, not to mention being hit by Covid-19 restrictions. But there is something about this time of year that gets the coach fired up.

The regular season champions have been beaten three times in the WBBL playoffs – @varbo_cb is responsible for two of those victories:

His ability to turn it on and off is good for the Eagles, as they have taken the time to celebrate these big recent wins before turning their focus back to the court in time for the next game. It also helps that his star player is of the same mindset.

“It’s been really upbeat,” Alison Gorrell told Sky Sports, after the guard dropped 22 points, 12 rebounds and 10 assists against the Sevenoaks Suns in the semi-final.

“Everyone is still excited, but that’s come down a little bit as we are in ‘focus mode’ again.”

Gorrell is an expert in engaging a performance mindset. She works with athletes all over the world, including NBA players and high-level clients in the States. But the Newcastle Eagles are also benefiting from her mental performance coaching.

She said: “At the end of the day, it’s just another basketball game. It’s still five-on-five, nothing changes. We don’t have the pressure on us. London has a great team with a lot of players and they’re expected to beat us. We’re there and we know we can win but we have to go out with the mentality that the pressure is on them and we can enjoy the moment, and not build it up in our heads, I think we have a great chance.”

On the other end of the court, Leonard is instilling a positive mindset into the Lions, and said: “Every game we’ve gone into play, we’ve said ‘there’s no pressure on us’. If you think back to last season the Lions were 0-16, they had the worst record ever in the WBBL, so, really, we’re thinking we’re not supposed to be here.”

Under new ownership, London head coach Mark Clark brought in Leonard and remade the roster slightly, but their immediate success this season surprised everyone on the team.

Leonard said: “At the beginning of the season, we were 10-0 before we played Sevenoaks and lost. We could all feel the pressure building up on us, and since then we’ve tried to tell ourselves, ‘there is no pressure on us, we’re not supposed to be here’.”

It will be difficult to avoid pressure building up on Sunday. Especially when it feels like the whole country is behind the Cinderella story of the Eagles coming from the seventh seed to beat the second-best team in the Championship, the Leicester Riders, and then follow it up with a come-from-behind victory over the top-seeded Sevenoaks Suns.

The Lions have their own triple-double queen in Leonard, but there is greater depth on her squad, compared to the Eagles.

During the Championship, London played 11 players more than an average of 10 minutes per game. That rotation has been shortened to seven players in the play-offs, with Ines Goryanova averaging 9.8 minutes and two points per contest, but the Eagles have only been able to go six deep in their two play-off games so far.

Leonard said: “We’re a team that likes to run and push it, so if we can keep them going and make them tired, then hopefully by the end of the third or fourth quarter they’ll be gassed.

“My favourite thing to do is get an assist – I would rather get 50 assists than any points. Steph caught a pass in a game the other day and it almost broke her nose because I threw it so hard at her – at least she caught it and made the lay-up. But I need them as much as they need me.”

Around 30 per cent of London’s scoring comes from transition, but the Eagles are ready for it. Gorrell said: “We’re going to have to dictate the tempo a little bit, but really it comes down to making smart decisions. London is really good at capitalising on teams that take quick shots, or not the best shots, or early turnovers, and they always execute in transition.

“A lot of the times you think, ‘well we can afford one or two missed shots’, but London will capitalise on that. We’re going to have to be really smart in terms of when we should try to run in transition against them or when we should slow it down and make sure they’re not able to get us going up and down. They have a deep team so we’ll need to manage that.”

One way they can manage is having the services of Orieoma Chukwu-Etu, who returns from a few games out due to concussion.

It appears @NewcastleEagle will have the services of @orieo_chukwu when they play against the @London_Lions in the @WBBLofficial Play-off Final this weekend after she passed concussion protocols today.

DON’T SLEEP ON US 😤 pic.twitter.com/yI2mTqBVTQ

Having a seventh pair of reliable legs so Bunten can rest his top six strategically might make the difference.

The coach said: “Like any coach will tell you, we’ll look at the weapons that can hurt us and how they’ve been scoring. Sixty-ish points of the 81 they average come in the paint. We can’t let Cassie Breen get any rhythm from the three-point line, and Kennedy is arguably MVP and an unbelievable passer.

“Interestingly, when we’ve played her, we’ve held her to eight and nine assists, which for any other player on any other team would be good, but her sights are a lot higher, so we need to look at that. Abby Lowe will be matched with her, but outside of that it’s just our principles.”

With a solid strategy that has worked in the past, and the mental focus that Gorrell is bringing to a team, Bunten is cooking up something good for his Eagles. And with Leonard dishing everything up for her Lions’ team-mates, she might just take the Lions from the worst team in the WBBL to winning the play-off final in one season.

The BBL and WBBL play-off finals take place at Leicester’s Morningside Arena on Sunday May 16, again live on Sky Sports.