Home Culture ‘Money, Explained’ and more of what you need this weekend 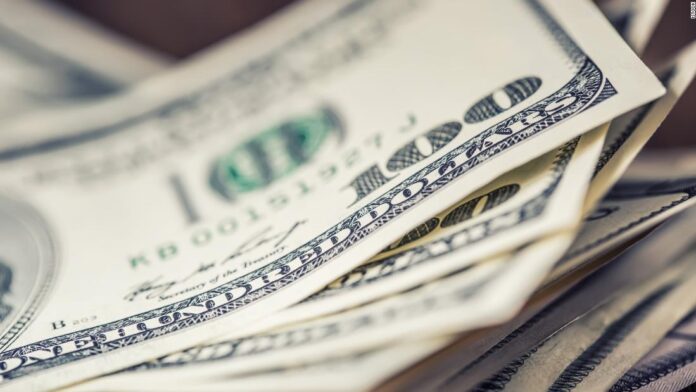 All right, yes, I also like having it.
But how much do we really know about how it works?
With Tax Day looming, and all this talk about cryptocurrency (check out Elon Musk’s “Saturday Night Live” skit), allow me to help you out as part of this week’s edition of Pop Life Chronicles.

‘Money, Explained’
Get-rich-quick schemes. Swindlers. Chasing the American dream. Money — and how we need it, don’t have it and maybe could get it — is never far from the mind.
Netflix made note of that and has blessed us with this new docuseries.
More from Pop Life Chronicles
“We spend it, borrow it and save it,” the show’s description reads. “Now let’s talk about money and its many minefields, from credit cards to casinos, scammers to student loans.
Mo’ money, mo’ problems? I am personally willing to risk it.
The series currently is streaming.
‘The Underground Railroad’
Academy Award-winner Barry Jenkins has adapted a Pulitzer Prize-winning novel by Colson Whitehead into a new limited series.
“The Underground Railroad” chronicles Cora Randall’s desperate bid for freedom in the antebellum South.
But there is a twist.
After escaping a Georgia plantation, Randall (Thuso Mbedu) discovers the railroad is not a metaphor, but an actual structure beneath the soil.
The series starts streaming Friday on Amazon Prime.
He was one of the first international superstars of fashion and now, more than 30 years after his death, he’s getting the biopic treatment.
This account of the rise — and fall — of Roy Halston Frowick, better known as Halston, stars Ewan McGregor as the famed designer, who came to be known for his elegant creations.
The limited series starts streaming on Netflix Friday.
Two things to listen to:
“Daddy’s Home” is the sixth and latest album from the artist known as St. Vincent.
It’s inspired by her father’s decade-long stint in prison for a white-collar financial crime.
“Pops was in the clink for 10 years, and he’s out,” she told Entertainment Weekly. “I don’t mention it for sympathy or trauma points or anything like that. It’s just that the story was told without me in a tabloid-y way, and then it kind of seeped into my narrative. I was like, ‘Oh, this is awkward.'”
The new album drops Friday.
If you ever have been to a J. Cole concert, you know that the rapper has a tendency to perform all the tracks from his current album.
As of Friday, he will have some new material.
The North Carolina native is releasing his latest studio project, “The Off-Season.”
Can’t wait for the next tour.
One thing to talk about:
The ripples of the #MeToo movement still are being felt.
As reported by CNN’s Toyin Owoseje, Seth Rogen recently said in an interview with Britain’s Sunday Times that he doesn’t plan on working with longtime friend and collaborator James Franco.
“What I can say is that I despise abuse and harassment, and I would never cover or conceal the actions of someone doing it, or knowingly put someone in a situation where they were around someone like that,” Rogen said when asked about comedian-actor Charlyne Yi’s claim that he was Franco’s “enabler.”
Franco has denied claims that he was inappropriate and sexually exploitative with multiple women over the years.
But Rogen’s stance is a reminder that Hollywood takes claims seriously.

Can we get to the next season of “The Real Housewives of Atlanta” already?!
Yes, Season 13 just wrapped up, but the news that cast member Porsha Williams is now engaged to a man viewers initially knew as the husband of one of her friends has folks chomping at the bit for more drama.
Here’s the deal: Businessman Simon Guobadia and his wife, Falynn, were introduced on the Bravo reality series this season — with her being listed as Williams’ “friend” in their first scenes.
“What we have is what we wish every single one of you out there — happiness. So when I asked … she said yes,” Guobadia now has said of his relationship with Williams.
For the record, Williams said their relationship began a month ago.
Yes, you read that correctly.
It’s unclear as to whether the Guobadias are legally divorced yet, but either way it all adds up to some possible not-to-miss content for Season 14.
“Real Housewives” maestro Andy Cohen is somewhere smiling so hard right now.