Home Sport Premiership set for return of fans on Monday 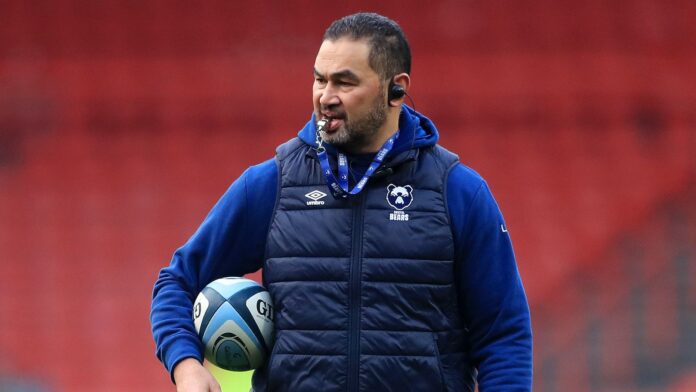 Bristol director of rugby Pat Lam is hoping the returning fans can help his side strengthen their grip on the Gallagher Premiership when Gloucester visit Ashton Gate on Monday night.

The South-West derby is one of two Premiership fixtures pushed back from the weekend to take advantage of the easing of lockdown restrictions with the go-ahead to host socially-distant crowds.

“It’s massive and something we are all excited by,” Lam said. “We are ready for a lot more than the 3,000 but this is the beginning stage to eventually a situation where we will have a few more and a few more.

“My understanding is that they will be spread around the ground, with social distancing, so there will be noise coming from everywhere. It’s fantastic.

🐻 Ed Holmes to mark his 50th #GallagherPrem appearance for @BristolBears

“It’s another incentive to have that home semi-final. We really want that for our fans as well and, if we can get that, then hopefully the crowd number will be higher.”

Bristol hold a seven-point lead over second-placed Sale but they were beaten in their last game at Ashton Gate by Exeter and are hoping to avoid back-to-back home defeats for the first time since November 2018.

“We understand it’s another derby with Gloucester and they will be dangerous,” Lam added.

“They had a great win [against Northampton] and they are improving every time under George (Skivington) and their new coaching regime.”

Newcastle have been restricted to a sold-out crowd of 1,750 at Kingston Park for the visit of Northampton in Monday’s other game but coach Dave Walder says there is a buzz about the fixture.

“It’s going to be absolutely brilliant,” said Walder, whose side are looking to build on last week’s 52-27 home win over London Irish.

“It’s been a long time coming but we’re just so excited about getting some of our supporters back inside the stadium.

“From the moment the game got pushed back to the Monday there’s been a real buzz around the place because everyone knows fans are coming back and the boys are all looking forward to it.

🦅 Will Welch to play his 250th game for @FalconsRugby

😇 Lewis Ludlam and Rory Hutchinson to mark 50 appearances for @SaintsRugby

Welcoming back fans tomorrow, how do you see this one unfolding? #NEWvNOR Preview ➡️ https://t.co/QhttvuJipX#GallagherPrem pic.twitter.com/HxgTYbIFeX

“It’s going to be strange because we’ve all got used to just having the two sets of replacements and coaching staff in the stands but sport is about fans and this is the moment that everyone has been waiting for.”

Northampton’s scheduled home game against the Falcons in February was cancelled due to a spate of positive coronavirus tests but they boast a proud record at Newcastle, having won on six of their last eight Premiership visits to Kingston Park.

Saints have won their last three away matches in all competitions and are aiming to make it four in a row for the first time since 2014.