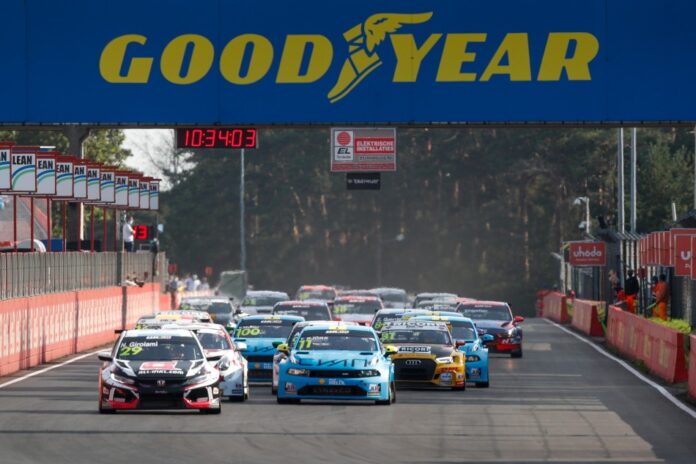 An impressive 22 all-season drivers with 63 WTCR race wins and 10 FIA world titles between them will line up for the 2021 WTCR − FIA World Touring Car Cup following the publication of the official entry list.

The talent-packed line-up, a perfect blend of category experts and young, up-and-coming racers, underlines the appeal of the WTCR and the ongoing success of the category and represents a two-car increase from 2020.

Race-by-race entries remain open 14 days ahead of each event, providing opportunities for local heroes and international drivers to compete against the best touring car drivers in the world.

Xavier Gavory, WTCR Director, Eurosport Events: “Not only is the WTCR all-season entry list for 2021 big on quantity, it’s also very big on quality with a really high level of drivers set to take part, including nine 25 or under, plus the WTCR’s first female driver, Jessica Bäckman. Providing the essential supporting role are 11 highly professional and dedicated teams, while five customer racing departments are actively engaged in WTCR campaigns with all cars equipped with Goodyear tyres and using sustainable biofuel from P1 Racing Fuels for the first time. Although we’re still a few weeks away from the start of the new season the ingredients are all in place for another epic year of FIA World Touring Car racing.”

WE THREE KINGS OF WTCR
All three WTCR title winners so far, Yann Ehrlacher, Norbert Michelisz and Gabriele Tarquini are entered along with Yvan Muller, a four-time FIA World Touring Car champion, plus Thed Björk and Rob Huff, who claimed the coveted award in 2017 and 2012 respectively.

HISTORY-MAKER BÄCKMAN GETS SET
Jessica Bäckman will make history in 2021 when she becomes the first female driver to race in the WTCR. In fact, the Swede forms part of the WTCR’s first all-sibling line-up by partnering with brother Andreas Bäckman at new all-season WTCR entrant Target Competition.

EXPERIENCE AND EXPERTISE IN ABUNDANCE
The all-season WTCR line-up is once again packed with experience and expertise. Nathanaël Berthon, Tom Coronel, Néstor Girolami, Tiago Monteiro, Frédéric Vervisch and Jean-Karl Vernay are proven WTCR race winners, as is Esteban Guerrieri, who holds the record number of WTCR race victories with 10 triumphs to his name. Jordi Gené, who makes his WTCR debut in 2021, has been racing for more than 25 years and is four-time race winner in the FIA World Touring Car Championship, which the WTCR replaced for the 2018 season.

NEW CARS AND INCREASED COMMITMENT FROM CUSTOMER RACING DEPARTMENTS
Audi will unleash the second-generation RS 3 LMS and provide official support for two drivers, while there will be six all-new Hyundai Elantra N TCR to also take the fight to the race-winning CUPRA Leon Competición, Honda Civic Type R TCR and Lynk & Co 03 TCR. The CUPRA presence has increased from three to four cars, for Hyundai it’s an extra two. All cars are equipped with the Goodyear Eagle F1 SuperSport race tyre in WTCR specification and will be powered by a sustainable biofuel from P1 Racing Fuels.

HIGH FIVE FOR WTCR TROPHY
The WTCR Trophy from Eurosport Events for independent racers competing without financial support from customer racing departments and will be contested by five drivers. Andreas Bäckman, Jessica Bäckman, Bence Boldizs, Tom Coronel and Gilles Magnus are all eligible for the category, which was won in 2021 by Jean-Karl Vernay from Team Mulsanne.

*All cars equipped with Goodyear tyres, use sustainable biofuel from P1 Racing Fuels