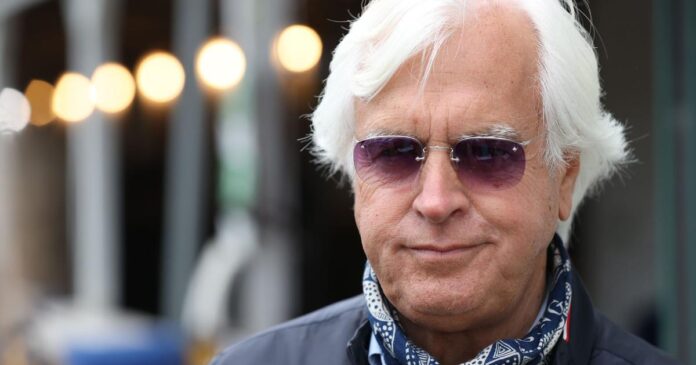 The New York Racing Association on Monday announced it is temporarily suspending trainer Bob Baffert. The suspension will prevent Baffert from entering horses in the Belmont Stakes, the final leg of the Triple Crown.

“In order to maintain a successful thoroughbred racing industry in New York, NYRA must protect the integrity of the sport for our fans, the betting public and racing participants,” NYRA President and CEO Dave O’Rourke said in a statement. “That responsibility demands the action taken today in the best interests of thoroughbred racing.”

The NYRA said it will make a final decision on the length and terms of Baffert’s suspension “based on information revealed during the course of the ongoing investigation in Kentucky, such as the post-Kentucky Derby test results of Medina Spirit.”

Medina Spirit, the Baffert-trained horse that won the Kentucky Derby, failed a post-race drug test, prompting Churchill Downs to suspend the trainer as well. The test found that Medina Spirit had twice the legal limit of the steroid betamethasone allowed by Kentucky racing. If the horse fails a second test, Medina Spirit’s Derby win will be vacated.

After initially saying Medina Spirit was the victim of “cancel culture,” Baffert later acknowledged the horse was treated with an ointment containing betamethasone. Baffert said he learned the steroid was in the ointment about a week after the Derby, and said the horse had been treated with it daily until the day before the Derby.

The results of the second drug test, which is being performed by a different lab, have not yet been announced.

The NYRA also noted that Baffert-trained horses have a history of drug violations, which it says played a part in the decision to suspend Baffert.

“In addition to the ongoing investigation into Medina Spirit’s victory in the Kentucky Derby, NYRA has taken into account the fact that other horses trained by Mr. Baffert have failed drug tests in the recent past, resulting in the assessment of penalties against him by thoroughbred racing regulators in Kentucky, California, and Arkansas,” the NYRA said.

Baffert’s horses have been flagged with at least 30 medication violations throughout his four decades in racing. Some of the violations were overturned on appeal.

NYRA’s suspension prevents Baffert from entering any horses to race at Belmont Park, Saratoga Race Course and Aqueduct Racetrack, the association said. It will also not provide stall space to anyone employed by Bob Baffert Racing Stables.

Medina Spirit had been cleared to run in the Preakness Stakes after he and two other Baffert-trained horses passed three rounds of blood sample testing prior to the race. Medina Spirit came into the race as the favorite, but was upset by Rombauer and had to settle for third place, ending the possibility of a Triple Crown winner in 2021, even if the horse’s Derby win is upheld and allowed to race at in the Belmont Stakes.