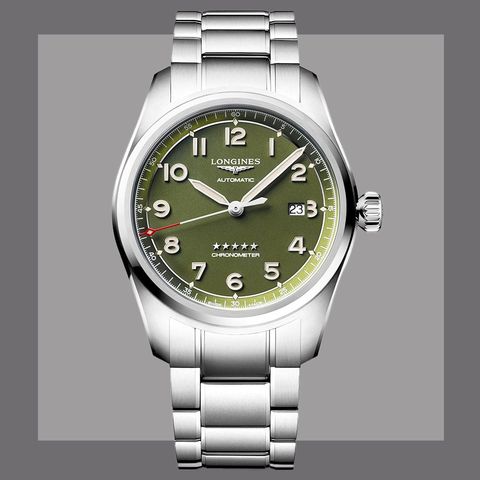 It’s hard to think of a Swiss watch brand that offers better bang-for-buck satisfaction than Longines. Usually, a lengthy history (Longines is 11 years shy of its bicentenary) and a heritage in serious tool watches means premium prices. But, though they aren’t cheap, Longines watches dip frequently below the $2,500 mark—a kind of psychological divider between “attainable” and “not” for many fans—with watches that punch well above their weight.

Witness the Spirit collection, an outwardly simple, accessible-looking series of three-hand watches with date that have plenty of hidden charms once you get up close. Already issued with black, silver, and blue dials in 2020, the 2021 novelty has a very noticeable green dial.

One of the easier tasks in covering watchmaking is spotting a hot dial trend when you see one. And right now, green is it. Back in early April when, during Watches and Wonders, the great and the good disgorged hundreds of new novelties onto the market, it would have been apparent to anyone that green was the dial trend of the year. The hard part to fathom, however, is how so many brands felt the green vibe all at the same time. Clearly, there’s a pub in Geneva or a tavern up in the Vallée de Joux where watchmakers from different companies are wont to gather, after downing tools, to down a few lagers. Tongues will surely wag. No matter. With most new watches requiring months, if not years, to put together, this possible all-nighter was some time ago.

Back to the Spirit. Like its earlier siblings last year, it has something of the functional look of the old Dirty Dozen field watches issued to the British Army in World War II. That said, those watches (so called because they were supplied, with ever-so-slight variations, by 12 contracted watch companies) had seconds at 6 o’clock, while the Spirit has center seconds. Available in 40mm and 42mm sizes, with optional bracelets, the step case is reminiscent of those wartime watches. A slightly enlarged crown and a closed caseback engraved with the Longines logo are both in keeping with a gentle homage to WW2 timekeeping.

The Arabic numerals, meanwhile, give you the best of both worlds; a font style that’s distinctly 1930s in form but applied whole in thickly lumed metal frames rather than painted on the dial, which adds a little shine and gives the display a much more modern air. This is a vintage-inspired watch that doesn’t lay it on too thick, and as a result, despite nodding at passing trends, feels like a watch you could wear for years. 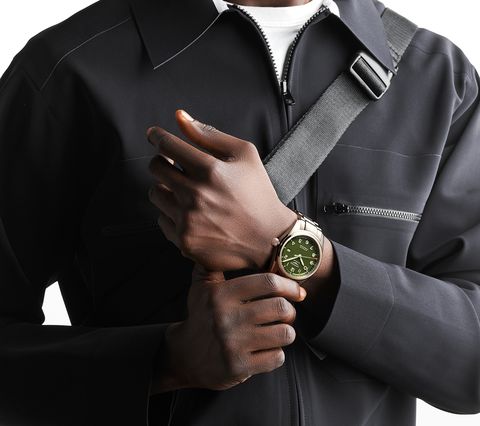 The 40mm version of the Spirit on the wrist.

If all that were not enough to tempt you at the compelling price of $2,150 to $2,500 (depending on the size and whether you opt for a strap or steel bracelet), this watch is also a COSC-certified chronometer, which means its Longines-tweaked ETA movement has been tested to significantly higher standards of accuracy than most Swiss watches. Chronometers are as rare as rocking-horse poop, even with another grand on the price tag, which should convince you once and for all that Longines remains committed to offering unbeatable value for money in its watches.