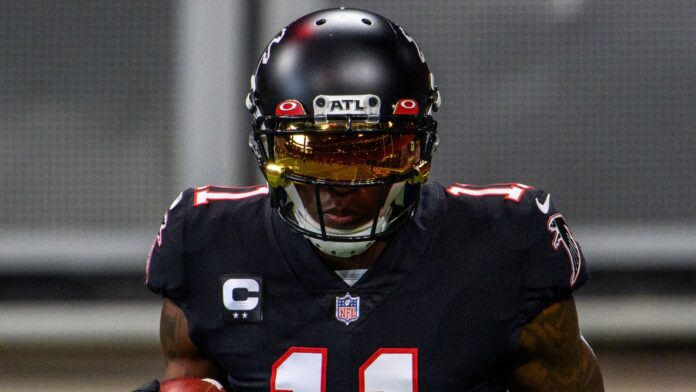 Matt Ryan on Julio Jones: “He’s been such a cornerstone of what we’ve done for a long time. I don’t know. That’s a hypothetical. I don’t really want to go down that road. That’s not really my business”

Atlanta Falcons quarterback Matt Ryan has always expressed his admiration for star wide receiver Julio Jones, but that does not mean he plans to meddle in the team’s reported plans.

Jones, after all, is reportedly the subject of persistent trade rumors.

“I love Julio. I’ve been so lucky to play with him for the past decade, and he’s an unbelievable player,” Ryan said on Tuesday. “I don’t get involved in this side of it.

“From a teammate, from a player standpoint, he’s my teammate. He’s my guy. And you let the other side of it shake out how it is. But I know this: He’s always ready to go. He’s an incredible competitor and one of the best to ever do it at his position. So he’ll have himself ready to go. There’s no question about that.”

Last time the Eagles and Falcons played, @juliojones_11 did THIS!

We get a rematch in Week 1. 🔥 pic.twitter.com/wa5l8dHSPY

The Falcons showed their appreciation for Ryan, a former NFL MVP, by restructuring his contract and electing against selecting a quarterback in the 2021 NFL Draft.

As for life without Jones, the 36-year-old Ryan wasn’t interested in entertaining the thought on Tuesday.

“I don’t know,” Ryan said. “He’s been such a cornerstone of what we’ve done for a long time. I don’t know. That’s a hypothetical. I don’t really want to go down that road. That’s not really my business.”

Jones caught 51 passes for 771 yards and three touchdowns in nine games in 2020, with his low production a byproduct of injuries.

Jones and Ryan have been one of the most prolific combinations in NFL history. Jones’ career average of 95.5 receiving yards per game is the best in NFL history.

But a hamstring injury derailed his 2020 season and Ryan clicked with Calvin Ridley, the third-year pro catching 90 passes for 1,374 yards and nine touchdowns.

The pair have recently been joined by another receiving threat after the Falcons drafted Florida tight end Kyle Pitts with the No. 4 overall pick.