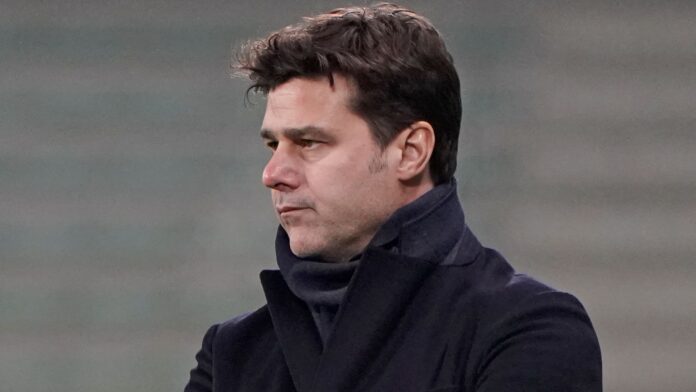 “I’ve been exposed to a lot in the last four weeks,” reflects Ryan Mason.

Spurs’ interim boss, who at the age of 29 became the youngest manager in Premier League history last month, has had a crash course in management since being thrust in charge following Jose Mourinho’s sacking.

He’s seen the rise and fall of a European Super League, he tried to lead Tottenham to a first trophy since 2008 by winning the League Cup final against Man City and ahead of Spurs’ game against Aston Villa, which is live on Sky Sports on Wednesday (kick-off 6pm), he’s had to field question after question regarding the future of Harry Kane.

But a proud Mason, who has led Spurs to three wins from his four league games in charge, is enjoying the moment and learning from the experience.

When asked if he’s had time for any reflection after a whirlwind four weeks, he told Sky Sports: “No, not in terms of reflection because there is always another game around the corner.

“There’s always another press conference, another training session and more videos to watch. So, in terms of reflection, no, but I’ve liked it and I am enjoying the moment.

“It’s been an amazing experience and I’m incredibly proud, but in terms of reflection, I feel like these things probably happen when you are not actually working every day.”

Mason, who stepped up from his role as head of player development at the club to take interim charge, has had to do a fair bit of learning on the job taking on his first head coach role, and despite admitting he still has plenty to learn, he feels he was ready for the challenge, especially after observing the likes of former boss Mauricio Pochettino and other top coaches.

“I feel like I’ve learned an incredible amount at the football club, with the coaches I’ve been around each day, taking the U16s, the U18s, the U19s and the U23s. So I’ve had a really good learning curve.

“I know people will say I’m young. Yes, I am, but I believe I’ve been exposed to a lot in such a short space of time that age becomes irrelevant. I’ve enjoyed learning, I’m still learning, and I’ll always be learning like any coach or any player. It’s important you are still open to learning.

“It’s been a really good experience.”

I worked with Mauricio Pochettino and even as a player, he had certain mannerisms and his body language. There was so much to learn from.

Has anything surprised Mason after spending time in the top job at the Tottenham Hotspur Stadium?

“In terms of preparation [to be a head coach], it wasn’t necessarily sitting in a room pretending to answer questions for press conferences or other things, it was more just observing what people do and how they act.

“I worked with Mauricio Pochettino and even as a player, he had certain mannerisms and his body language. There was so much to learn from.

“So yes, my attention has been different to what it is as a player, but the passion and love for football still remain and I think sensible and clever people will always be learning.”

‘I wasn’t thinking about coaching’

Despite only being 29, Mason’s journey to being interim boss at Tottenham hasn’t necessarily been a straightforward one.

After joining Spurs as an eight-year-old, Mason played 70 times for the club between 2008 and 2016 before moving to Hull. However, just six months into his stay at the Tigers he suffered a fractured skull after an accidental clash of heads with Gary Cahill that eventually forced him to retire 12 months later.

And while coaching maybe wasn’t at the forefront of his mind during a playing career that saw him make one appearance for England, he knew he would return to Spurs in some capacity.

“In the moment I probably wasn’t thinking about coaching,” said Mason.

“One thing I did know was that when I stopped playing, regardless of where I was, I’d always return to Tottenham and help the players because I was very lucky to have had some amazing youth coaches.

“John McDermott, Alex Inglethorpe, Chris Ramsey and Tim Sherwood – I could name so many and they made such a big impact and had a huge influence on my football career, and my life as well.

“I was always keen to come back and help the players,” he added. “I feel like it is important that when you come through an academy system and represent the first team, it’s important that academy players try and learn off you and take information.

“I knew I’d always come back to the club. I’ve always had good relationships with people at the club and that was always in my mind. I knew it would happen.

“It wasn’t expected to be so early, but these things happen. It’s important that you are just ready to deal with whatever comes your way. I’ve always felt prepared, I’ve always felt willing to open myself and put myself in situations where I’m ready to learn and I can learn.

“It’s been a crazy journey so far, but it has also been an amazing one.”

Mason: We need to finish o a high

“We’ve got our fans back in the stadium and we’ve won our last three games at home so hopefully we can keep that momentum going.

“It’s important and we’ll see where we end up at the end of the season, but we can’t start thinking about other people and what they are going to do.

“We have to focus on ourselves and that starts against Aston Villa. We have to be ready and we will be ready.”

It’s clear to see Mason’s passion for helping young players and why he was tasked with the role of head of player development at Tottenham at the start of the season.

And whether he’s back in that role in a few weeks’ time or in another one at Spurs, Mason insists the club’s academy has a vital role to play in any future success.

“I think it’s important for every club. If you look historically a lot of successful clubs have academy graduates within their first team.

“The fans always have an extra connection with that and there is no point in running an academy if you don’t have the intention of getting players into the first team.

“In the last 10 years, this football club has been amazing at doing that. We’ve had so many internationals, not only just playing for Tottenham but also representing our country and other countries as well.

“We’ve got the England captain who has come through our academy. That’s amazing and if you are a young kid coming into the building and through the academy, it’s one of the best clubs to be at, not just in England, but I think in Europe as well.

“There are some great prospects here and I really, really hope that in five years’ time, there are two, three, four and five academy players, who are in the academy now, representing the football club at first-team level.

‘The future is bright for Spurs’

By Mason’s own admission, it’s been a challenging season for Tottenham, who are set to miss out on Champions League qualification for a second consecutive season, while Europa League football is also not assured ahead of the final two games of the campaign.

However, he insists the foundations are in place for a brighter future.

“I see so much excitement in Spurs’ future,” he said.

“We’ve got a great training ground, a great stadium and a great squad.

“Obviously, we’ve had a disappointing campaign this season, but I look down the age groups and there are many players that excite me, that make me excited to come into work every day and help them.

“When you work with young kids who aspire to get to a certain level, to be able to help them and go on the journey with them is a very satisfying feeling. It’s exciting.”

So, what about Mason’s own future?

Talks are yet to take place over his long-term Spurs future with the focus fully on the final two games of the season, is a return to his former role at Spurs’ academy on the cards, or is his future in management?

“Time will tell how good this experience has been for my future, but what I do know is it has been amazing, and I have loved it,” he said.

“I’ve enjoyed the pressure. It’s one of the top jobs in Europe and I’ve been given this opportunity and I feel very proud to have been given it at my age.

“In terms of the future, I don’t know. The conversations were always ‘can you help the club for seven games?’. The job I was doing is still there so yes, I am excited.

An experience like the one he had had in the last four weeks is sure to do his management aspirations no harm, but Mason knows as well as anyone, you cannot plan anything in football.

When asked about what’s next for him, he said: “I’ve not thought about that scenario because my mind and my energy have solely been focused on the final two games.

“Maybe once the season is over, I can sit and reflect a bit on what has happened and also think. But also, I’ve been involved in football so long, as a player and as a coach as well, that you can’t plan for anything.

“There’s not this magic route or a magic way of working things out or saying in two years I’m going to do this and then I’m going to do that because I took on a job – head of player development at Spurs – at the start of this season that I didn’t think would come around so quickly. It was a huge responsibility and it came, but if I get my crystal ball out, I don’t know what’s around the corner.

“So, I really don’t know [what’s next]. Football is such a unique industry that you can’t plan or prepare for anything. You just have to be ready for whatever comes your way.