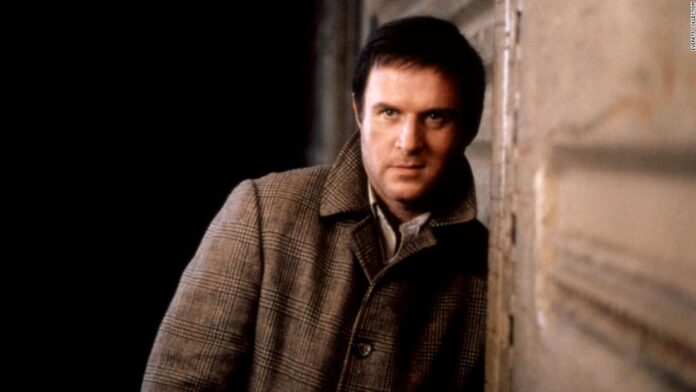 He was 86.
Grodin’s son, Nicholas, confirmed news of his father’s passing in an email to CNN.
Grodin had a number of stage credits before being cast in director Mike Nichols’ “Catch-22” in 1970 (after unsuccessfully auditioning for “The Graduate”), then landed his big break by starring in “Heartbreak Kid,” as a newlywed who falls in love with another woman, played by Cybill Shepherd, on his honeymoon.
Grodin worked steadily thereafter, co-starring opposite Warren Beatty in “Heaven Can Wait” and portraying an on-the-run accountant with Robert De Niro in “Midnight Run.”
“Chuck was as good a person as he was an actor,” De Niro said in a statement issued through his publicist. “‘Midnight Run’ was a great project to work on, and Chuck made it an even better one. He will be missed. I am very very sad to hear of his passing.”
Other memorable roles include “Dave,” in which he appeared as the accountant of a man masquerading as the President of the United States, who is asked to help analyze the federal budget; and the “Beethoven” movies, broad comedies in which he played the set-upon dad to a scene-stealing St. Bernard.
The actor became a favorite guest of the latenight talk shows, where he affected a haughty personality, with dozens of appearances with Johnny Carson and David Letterman. Later, Grodin tried hosting a talk show himself on CNBC, and also became an author, writing a number of books, beginning in 1989 with “It Would Be So Nice If You Weren’t Here: My Journey Through Show Business.”
Grodin explained that he stumbled on his hostile talk-show persona after following Diana Ross on “The Tonight Show.” He then continued to hone that act, and hosts — especially Letterman — were delighted to play along.
On stage, Grodin starred with Ellen Burstyn in the Broadway play “Same Time, Next Year,” about a couple carrying on an annual affair. He also directed and wrote plays, and won an Emmy in 1977 as one of the writers on a Paul Simon TV special.
Born in Pittsburgh, Grodin studied acting at the University of Miami before moving to New York and studying under the famed acting coach Lee Strasberg.
“Hollywood is an industry the same way General Motors is an industry,” Grodin said once in an interview. “And if you’ve been doing it for as long as I have you know that.”
Grodin’s eclectic career included writing a column for the New York Daily News and providing commentaries for the newsmagazine “60 Minutes II.”
“A brilliant comedy actor,” tweeted Albert Brooks. “I had the wonderful experience of working with him in my first feature ‘Real Life’ and he was amazing.”
Grodin is survived by his wife, author Elissa Durwood Grodin, their son Nicholas, and his daughter Marion.