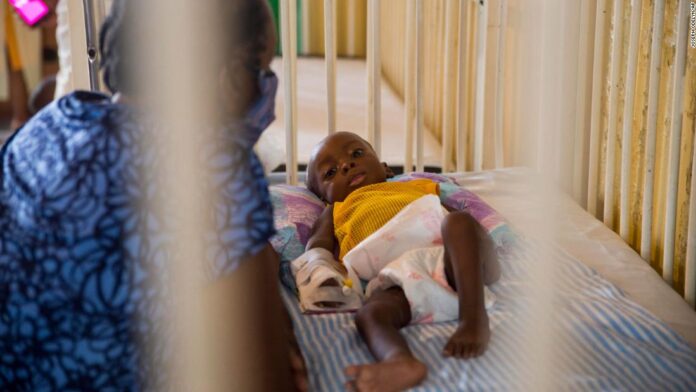 The agency warned that more than 86,000 Haitian children under five could be affected, compared with 41,000 last year.
“In the hospitals, I was saddened to see so many children suffering from malnutrition. Some will not recover unless they receive treatment in time,” said Jean Gough, UNICEF Regional Director for Latin America and the Caribbean, after a weeklong visit to Haiti.
“Without additional, urgent funding in the next few weeks, the life-saving treatment we are providing against malnutrition will be discontinued and some children will be at risk of dying,” she added.
UNICEF said that last year it was able to treat 33,372 acutely malnourished children across Haiti with the help of government and partners, by providing nutrition supplies and medicines.
The agency warned it will run out of Ready-to-Use Therapeutic Food (RUTF) next month to treat acute malnutrition. It said it “urgently” needs $3 million to purchase essential supplies and medicine to carry out preventive and treatment programs.
UNICEF also said acute malnutrition, which is somewhat less dangerous than severe acute malnutrition, has increased 61% in Haiti over the last year.
An estimated 217,000 children under the age of five could suffer from acute malnutrition this year compared to 134,000 during the same period last year, UNICEF said.