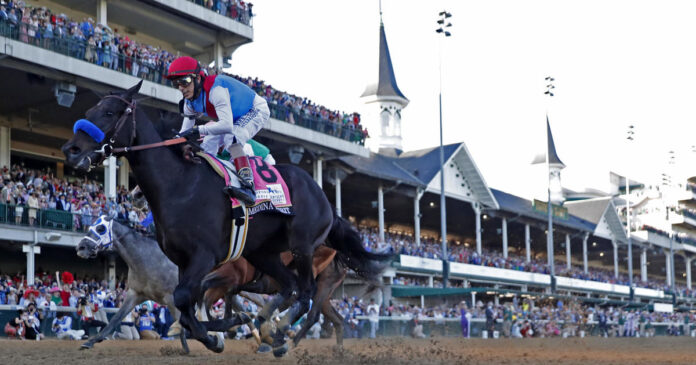 The horse that won the 147th Kentucky Derby has failed a second drug test by split sample, trainer Bob Baffert’s attorney confirmed Wednesday. The result could make Medina Spirit the second horse in the competition’s history to be disqualified for drug violations and may invalidate its victory.

“The Medina Spirit split sample confirmed the finding of betamethasone at 25 picograms,” Baffert’s attorney W. Craig Robertson III said in a statement. “There is other testing that is being conducted, including DNA testing. We expect this additional testing to confirm that the presence of the betamethasone was from the topical ointment, Otomax, and not an injection.”

The attorney said that Otomax — an anti-fungal ointment containing steroids often used to treat ear infections in animals — was being used topically for a skin rash on the racehorse. Betamethasone is a corticosteroid used to suppress inflammation, which is banned in horses on race days.

Churchill Downs, the racetrack which hosts the annual competition, said it is “awaiting official notification of the split sample test results from the Kentucky Horse Racing Commission.”

But last month, Churchill Downs suspended Baffert from entering horses at the track due to a failed postrace drug test and threatened to invalidate Medina Spirit’s win if the results of the first test were upheld.

“Failure to comply with the rules and medication protocols jeopardizes the safety of the horses and jockeys, the integrity of our sport and the reputation of the Kentucky Derby and all who participate,” a statement released May 9 from the racetrack read. “Churchill Downs will not tolerate it.”

After Medina Spirit’s first drug test failure, Baffert said the horse was found to have 21 picograms of betamethasone, which is double Kentucky’s legal threshold, according to the Associated Press. Though he initially disputed the results and attempted to blame “cancel culture,” Baffert later acknowledged the ointment could explain the results. He was also suspended by the New York Racing Association and barred from entering the Belmont Stakes.

Medina Spirit, owned by Amr Zedan, is now at risk of having its Derby victory overturned in favor of the second place finisher that day, Mandaloun.

Dancer’s Image is the only horse to be disqualified for medical violations after winning the Derby, in 1968.

Throughout his four decades of racing, Baffert’s horses have been flagged with at least 30 medication violations. Medina Spirit is Baffert’s fifth horse within a year to fail a drug test and betamethasone was found in another one of his horses last year. Some of his violations were overturned on appeal.