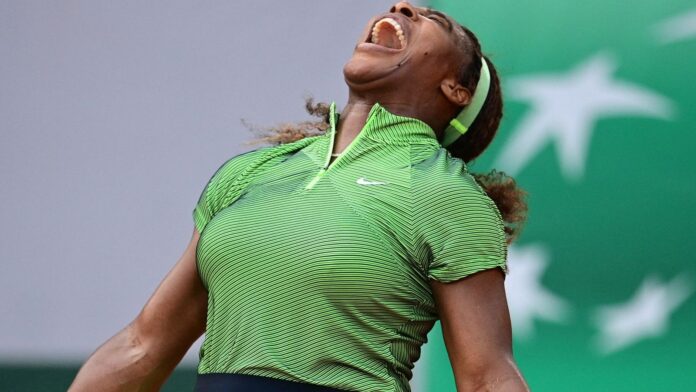 Serena Williams was forced to dig deep against world No 174 Mihaela Buzarnescu, as she continued her bid for a fourth French Open title with a battling three-set victory at Roland Garros.

The 23-time Grand Slam champion ran out a 6-3 5-7 6-1 winner in two hours and three minutes in a taxing encounter on Court Philippe Chatrier, overcoming a second-set wobble to set up a third-round showdown against her fellow American Danielle Collins.

“She has a lot of skills, she’s had a lot of good wins. I knew it wasn’t going to be easy but I’m glad to get through that,” Williams admitted in her on-court interview.

“It was good competition, she was playing well, I was playing well. It was kind of fun, it’s always good when you enjoy your job and you can smile. I don’t always smile on court.”

Having defeated Irina-Camelia Begu in her first-round match on Monday, Williams was pitted against another Romanian in the shape of former top-20 player Buzarnescu, who boasts three top-10 wins to her name, having reached the last 16 in Paris back in 2018.

The decorated American appeared poised to complete a regulation straight-sets victory following a dominant opening set, only for Buzarnescu to rally magnificently.

However, the 39-year-old performed superbly in the decider, to maintain her hopes of landing the elusive record-equalling 24th Grand Slam crown.

Williams failed to convert a break point in the sixth game of an intriguing opening set, yet she engineered further opportunities in game eight following two blistering forehands, before making the breakthrough following a double fault from Buzarnescu.

The three-time champion was imperious in the opening exchanges, relinquishing just three points on serve in capturing the first set, but Buzarnescu responded brilliantly in levelling up the contest.

The 33-year-old capitalised on some errant groundstrokes from Serena to move 4-2 ahead, but the seventh seed delivered the response of a champion, breaking straight back before consolidating with a hold to restore parity at four apiece.

The Romanian was undeterred, however. Having displayed tremendous resilience to fend off further break points from Williams, Buzarnescu profited from a slightly fortuitous net cord to fashion out a set point, which she duly converted courtesy of a mesmerising cross-court backhand.

Williams’ intensity had wavered throughout the second set – 16 unforced errors were indicative of that. Despite this, Buzarnescu was full of belief, landing 12 winners in the set, predominantly due to her potent forehand.

Nevertheless, there was to be no fairy-tale for the world No 174. She gifted Williams an early break in set three with an untimely double fault, and the 23-time Grand Slam champion extended her lead to 4-0; prevailing in some extraordinary rallies which sparked a standing ovation from the Paris crowd.

Buzarnescu continued to probe with some powerful groundstrokes, although Williams proved impregnable in the decider, conceding the solitary game to maintain her bid for a first French Open crown since 2015.

Speaking about her next opponent, world No 50 Collins, Williams later said: “She plays well, especially when it’s time to play, which is I guess all the time. She’s also a really awesome person off the court.

“I love seeing her in the locker room. Ideally it would be great if we didn’t have to play each other, because I always want her to do super well.”

Sabalenka sails through; Bencic bows out

Third seed Aryna Sabalenka underlined her title credentials after coming out on top in the all-Belarusian battle with Aliaksandra Sasnovich on Tuesday evening.

The 23-year-old continued her impressive form on the red dirt to register a 7-5 6-3 win on Court Suzanne Lenglen, to progress to the third round in Paris for a second year in succession.

Belinda Bencic became the latest high-profile seed to bow out at Roland Garros, losing 6-2 6-2 to a resurgent Daria Kasatkina in the second round.

Bencic’s exit means there are no top-20 players left in the bottom quarter of the draw, while Kasatkina is through to the third round of a Grand Slam for the first time since July 2018.

However, 15th seed Victoria Azarenka safely progressed to round three with a straight-sets win over emerging Danish youngster Clara Tauson.

The former Wimbledon champion has never gone beyond the semi-finals in Paris, but she produced an impressive display to prevail 7-5 6-4, to set up an eagerly-anticipated meeting against 23rd seed Madison Keys.

The 26-year-old American – a semi-finalist back in 2018 – accounted for another teenager in the shape of Canada’s Leylah Annie Fernandez 6-1 7-5 to set up a clash against Azarenka for a place in the last 16.

Earlier in the day, 2019 runner-up Marketa Vondrousova breezed past France’s Harmony Tan for the loss of just four games, and the 20th seed will now take on Polona Hercog for a place in the last 16.

Siniakova trailed 5-1 in the third and final set, before reeling off six consecutive games to reach the third round in Paris for the fourth year in succession.