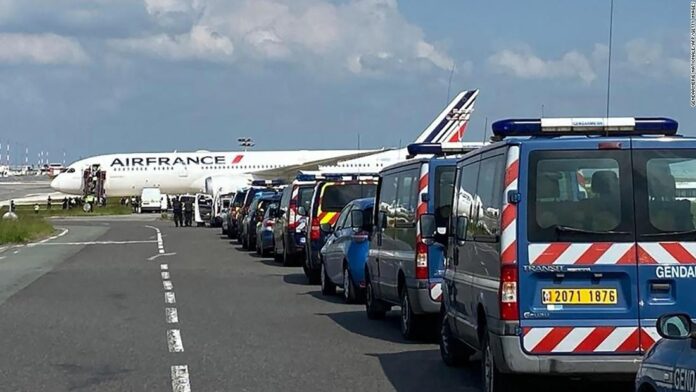 The AF865 flight from Chad’s capital N’Djamena landed at Charles de Gaulle airport after it was “escorted by a French Air Force fighter plane” as a result of the “anonymous threat,” Air France said.
Several hours after the incident, the French Interior Miniser Gerald Darmanin said that fears an explosive device might be onboard proved to be false. No such device was found.
Darmanin also said a crisis committee with representatives from across different ministries had been convened and ended.
The French government said in a statement that the plane landed “without incident” at 4:01pm local time (10:01 a.m. ET) and was “isolated” and “taken over by authorities.”
Passengers were evacuated and the authorities are investigating the incident, the statement added.