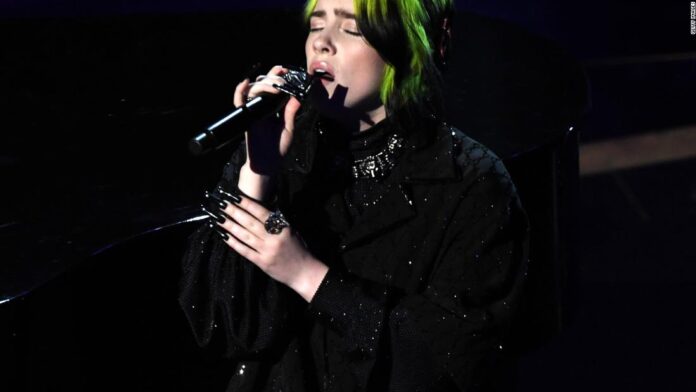 The singer dropped her new song, “Lost Cause” along with a music video on Thursday.
The song is off her upcoming album, “Happier Than Ever,” which is expected out next month.
Eilish took to her Instagram to tell fans how much fun she had filming the video.
“We had the time of our lives being hot & shooting this heeheeeeeehee,” she wrote.
The album will also feature her previously released singles, “My Future,” “Your Power,” and “Therefore I Am.”