Home Culture Marsai Martin had no idea she was costarring with Kim Kardashian in... 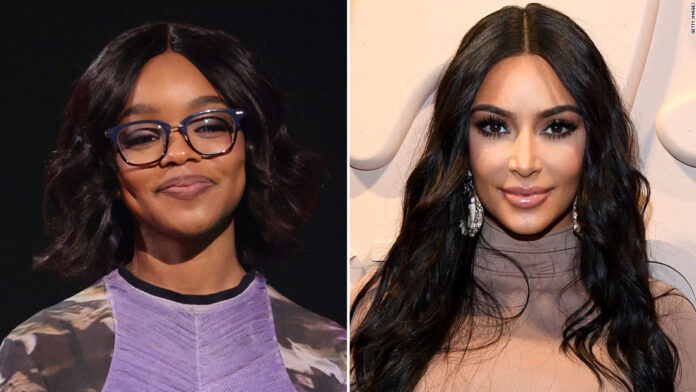 Teen actress Marsai Martin stars in the film as dachshund Liberty and told “Entertainment Tonight” that she hadn’t met her castmates prior to recording her scenes because of the pandemic. “You know what the funny thing is while I was doing sessions, before that I didn’t know who was in movie,” Martin told “ET.”
“I was doing a couple scenes, and they’re like, ‘You know Kim is talking to you?’ I’m like, ‘Wait what?!'”
Kardashian plays a poodle named Delores.
The film is based on the popular animated series and also stars Will Brisbin, Jimmy Kimmel, Randall Park, Tyler Perry, Yara Shahidi and Dax Shepard.
“PAW Patrol: The Movie” hits theaters and the Paramount+ streaming service on August 20.