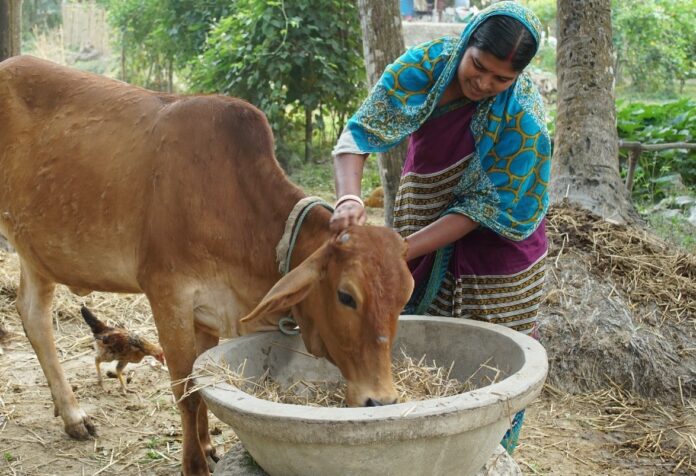 When Shukla Parial heard that cattle in her village were dying from a new disease, she feared the worst. Soon after, one of her two cows became ill. Shukla became very worried, especially since she had borrowed money to purchase her livestock.

Shukla had wanted to make the most of her family’s modest plot of land in the village of Chattogram, in the southeast of Bangladesh, to help pay for the education and day-to-day needs of her two daughters, aged seven and 13 years. Until they had bought their two cows, Shukla’s family had depended on the wages of her husband who works as an auto-rickshaw driver.

“Since my husband is at work through most of the day, I am left to take care of the house and our two daughters on my own,” she said. “But I had always wanted to do more, so I thought to myself since we have some land, ‘I could raise cattle and sell dairy.’ The extra income would pay for my daughters’ expenses.”

Starting her small-scale cattle farm was not easy. Shukla borrowed money from relatives to buy her first cow and after saving some money, bought another. Not long after, she heard from people in the village that many of the cows were falling ill, and that some had died. The cows had been infected by an outbreak of lumpy skin disease, an infectious cattle disease characterized by the appearance of skin nodules. The disease can affect milk production and can sometimes prove fatal for cattle.

After one of Shukla’s cows became infected, she feared her cow might die. In response, Shukla treated her cow with livestock medicine. “People say that had I not taken care of my cow the way I had, she would have most definitely died from the disease. The kind of diarrhoea, temperature, and loss of appetite that she suffered made me think she would not make it, but I did not give up on her and took care of her around the clock.” 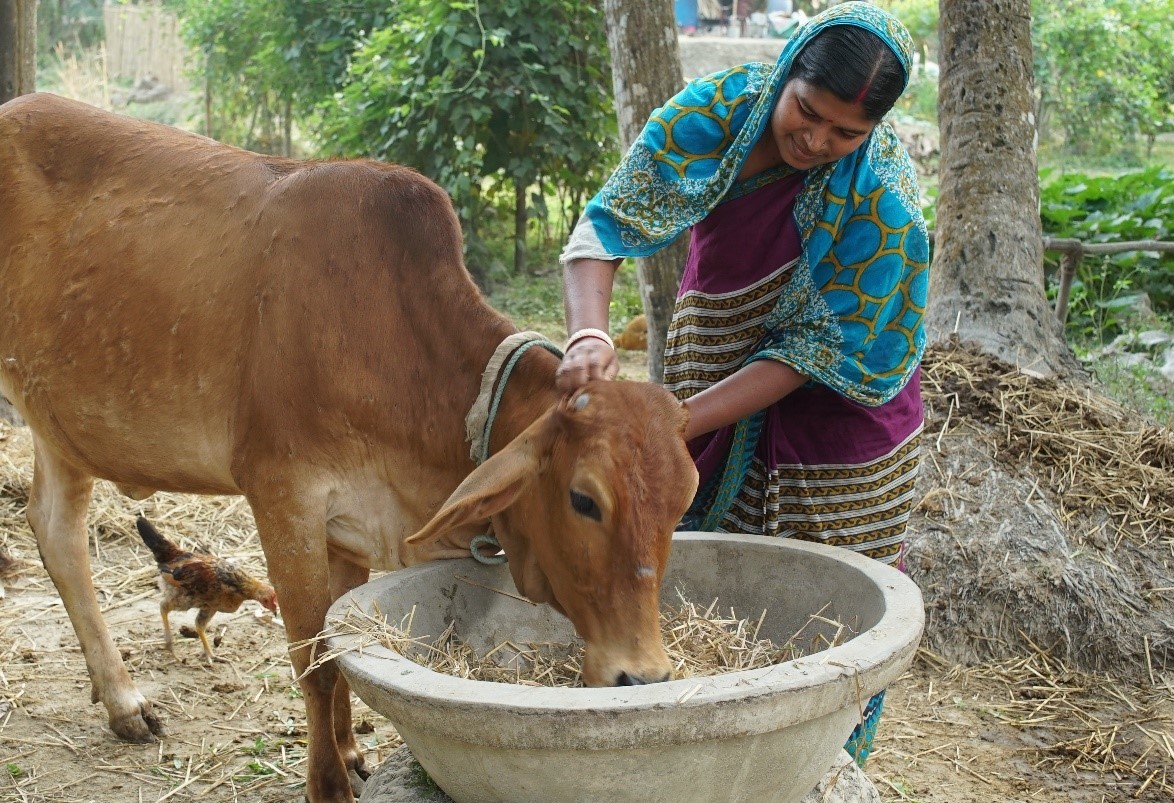 To support farmers like Shukla after the outbreak in March 2020, the Department of Livestock Services (DLS), under the Ministry of Fisheries and Livestock, launched a vaccination programme.

A total of 70 000 cows were vaccinated across several of the largest milk-producing districts in Bangladesh.

Prior to the vaccination drive, the DLS, with technical support from FAO’s Emergency Centre for Transboundary Animal Diseases (ECTAD) programme, carried out a cattle survey. Previous surveys had been conducted based on estimated projections from old data, so FAO ECTAD supported DLS to train local volunteers, veterinary students, and designated DLS staff, to conduct door-to-door surveys to update the information. 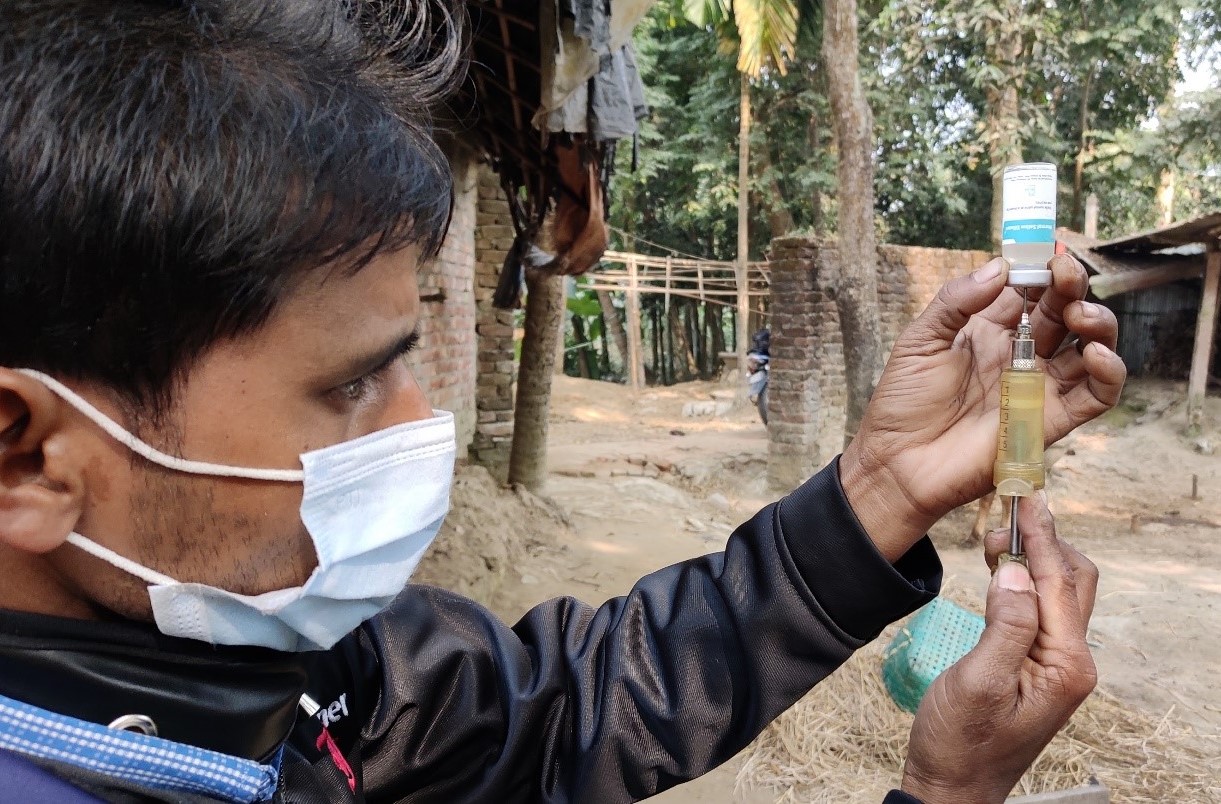 Based on the survey results, DLS selected priority target areas for the vaccination programme, and  ECTAD trained vaccinators. Training included discussions on the importance of cold-chain storage for vaccines. As a result, DLS is upgrading its vaccine storage equipment based on FAO ECTAD’s recommendations.

Shukla’s cows, and all the others in her village, are now protected against lumpy skin disease. “I am very thankful to the Government for providing our animals with vaccines,” Shukla said.  “I have seen how badly the disease can affect cows. Both of my cows are now healthy and vaccinated.” 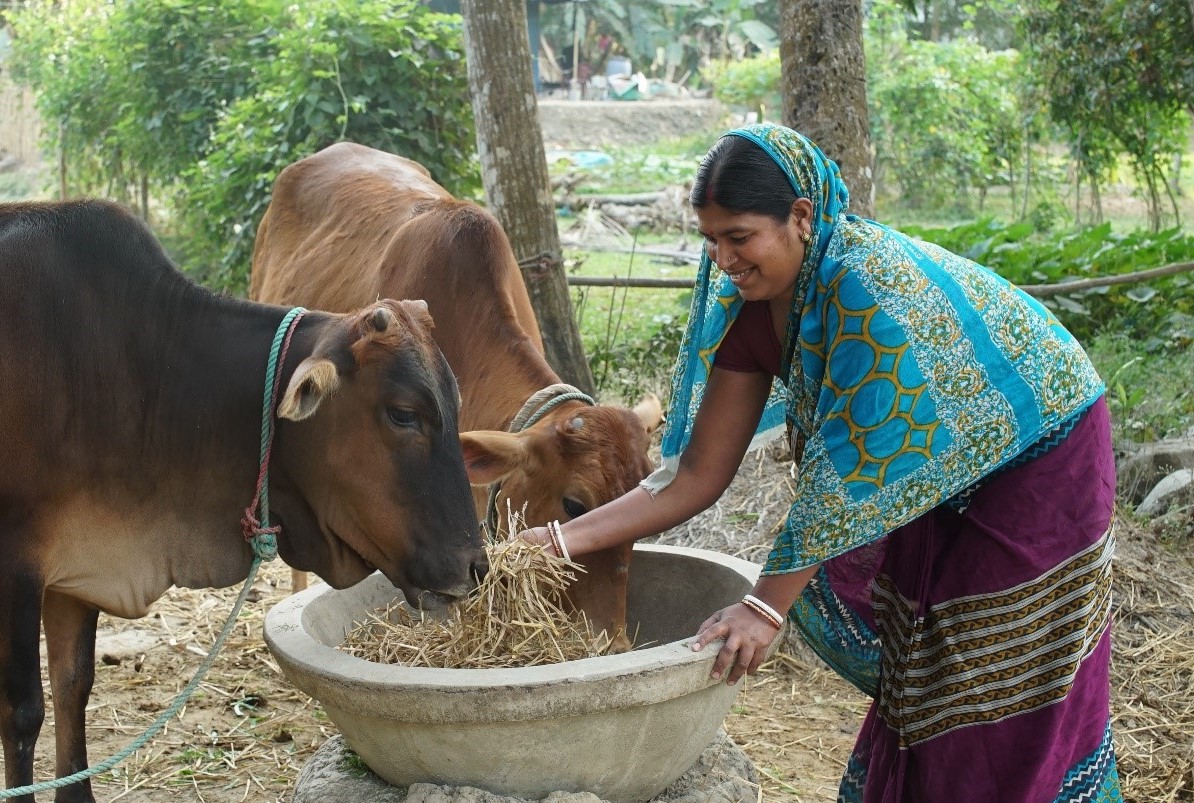 Building communities in the Sahel that can weather shocks

United Kingdom contributes to FAO’s work in Syria and Lebanon