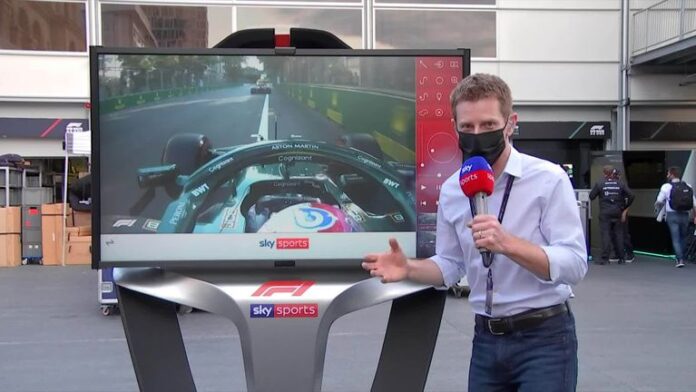 Max Verstappen was likely to leave Azerbaijan GP with 15-point lead over Lewis Hamilton before crash, which keeps the advantage to four; But Mercedes-friendly tracks coming up; Verstappen also reveals where he found out about Hamilton mistake

Max Verstappen believes his Azerbaijan GP crash could come back to bite him in the championship despite holding onto his lead over Lewis Hamilton after a dramatic weekend for the title protagonists.

Verstappen and Hamilton both finished outside the points on Sunday, with the Dutchman crashing out with a puncture to trigger a red flag and race restart – after which the Mercedes world champion then made a costly mistake into Turn 1.

So after the possibility of both a 15-point lead and a 21-point deficit, the end result is that the four-point advantage Verstappen enjoyed for the first time in his career coming into the weekend remains, although he wanted far more.

“Sometimes you can hate this sport,” said Verstappen, before telling Sky F1: “We were fully in control, so I find it very disappointing what happened.

“We lost out on a lot of points, we could have opened up that gap in the championship so to have this happening, especially so close to the end was very frustrating.”

Verstappen simply doesn’t believe Mercedes, who have collected just seven points from the last two races, will continue to be so uncompetitive with a France-Austria-Austria triple header coming up.

“We’ve had these two street circuits and now we go back to normal tracks,” said Verstappen, whose Red Bull team are now 28 points clear of Mercedes in the constructors’ standings.

“For sure Mercedes will be very strong on normal tracks, they had some difficulties on the street circuits but as you could see also in Barcelona they are mighty quick.

“We need to keep on our toes and keep pushing hard because they also have a very good car even if sometimes they don’t say it. They do.

“It’s just a shame. I wanted to open up that gap a little bit more before we go back to those kind of tracks. Although we’re still leading the championship which I didn’t expect when I hit that wall.”

Hamilton locked up into the first corner after accidentally flicking a ‘magic’ brake button on the Mercedes car which left him unable to stop in time. But Verstappen, who was being checked over after his crash, didn’t even know at the time.

“I had to go to the medical centre,” Verstappen revealed to Sky F1’s Rachel Brookes. “When I was laying on that bed, when they were checking my blood pressure suddenly my phone was vibrating a lot so I thought ‘what’s going on’.

“Then when I was allowed to leave I saw my phone that Lewis had a problem at Turn 1.”