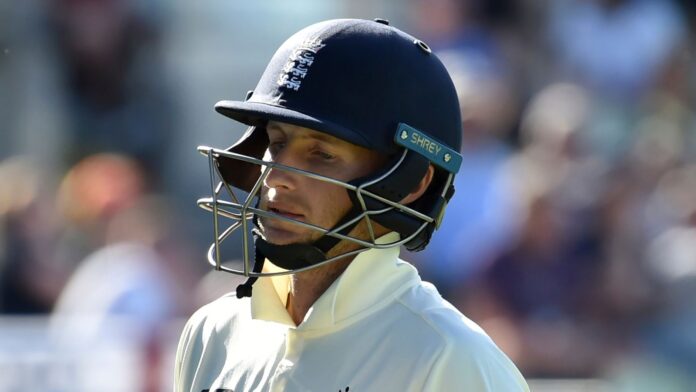 New Zealand are on the verge of their first Test series win in England since 1999 after the home side subsided in their second innings at Edgbaston; Joe Root’s side were 122-9, leading by just 37, at stumps; watch day four from 10.15am, Sunday on Sky Sports Cricket

By Sam Drury at Edgbaston

England are on the brink of their first home Test series defeat since 2014 after a calamitous second-innings batting display on day three of the second Test against New Zealand.

There were no demons in the Edgbaston surface but after bowling New Zealand out for 388, giving the visitors an 85-run lead on first innings, the home side contrived to slump to 76-7 inside 27 overs.

Mark Wood (29) and Olly Stone (15no) provided some resistance late in the day, sparing England the indignity of an innings defeat with a stand of 44 for the eighth wicket, but the hosts ended the day on 122-9, leading by just 37 and starring down the barrel of a heavy defeat.

New Zealand shared the wickets around with Matt Henry (3-36) and Neil Wagner (3-18) taking three apiece as the Black Caps aim to become the first visiting team since Sri Lanka seven years ago to win a Test series in England.

Watch day four of the second Test between England and New Zealand from 10.15am, Sunday on Sky Sports Cricket.