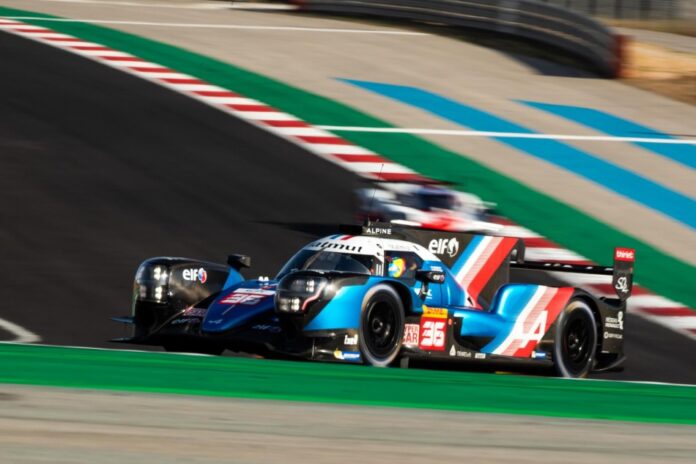 The #36 Alpine ELF Matmut A480 claimed the pole position for round two of the 2021 FIA World Endurance Championship at the 8 Hours of Portimao.  Matthieu Vaxiviere topped the time sheets to secure the first overall WEC pole position for Alpine.

The #52 Ferrari has disastrous session and will start at rear of grid after Daniel Serra was penalised for track limit infringements and only set one flying lap.

LMGTE Am class pole was secured by Egidio Perfetti in #56 Team Project 1 Porsche after he left it late in the session to set a 1m40.191 pace setting best.   The #77 Dempsey Proton Porsche was second as Christian Reid sets best lap of 1m40.236s but is just beaten after Perfetti’s lap which was just 0.045s quicker.  Roberto Lacorte’s 1m40.885 for Cetilar Racing was good enough for third position as they look to fight for another podium after their success in Round 1 at Spa.

Peaty: Money does not buy happiness

Working together for a more resilient world

Gaza: Damage to agriculture will have long-lasting effects