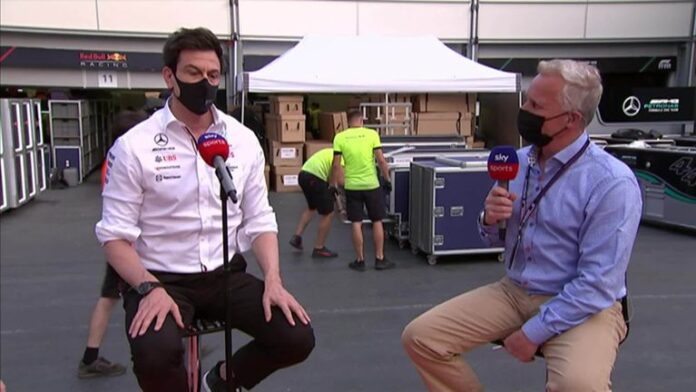 Formula 1 2021 speeds on to round seven in France this weekend, all live on Sky Sports F1; Will ‘normal’ tracks suit Mercedes after the Monaco-Baku nightmare? Red Bull lead world champions by 28 points while Max Verstappen is four points clear of Lewis Hamilton

Mercedes have vowed to transfer their Baku anger into a strong result at this weekend’s French GP as the world champions, amid a fierce battle with Red Bull, bid to bounce back from their worst two-race stretch in nine years.

A gripping Formula 1 2021 campaign – which is playing host to competitive title duels between Lewis Hamilton and Max Verstappen, and Mercedes and Red Bull – intensifies from this weekend’s race at the Paul Ricard circuit in the south of France, the first of three Grands Prix in as many weeks.

Every practice session, qualifying and race is live only on Sky Sports F1.

With so many points up for grabs, the France-Styria-Austria triple header is crucial for the title hopefuls and particularly Mercedes, who trail both championships and scored a meagre seven points from the Monaco and Baku street races; their lowest two-race haul since 2012.

Mercedes were off the pace in both events while there were also big errors – from operational and strategic miscues to Hamilton’s dramatic lock-up in Azerbaijan, where the Silver Arrows ended up with zero points.

But Mercedes boss Toto Wolff insisted to Sky F1: “I have no doubt [we will bounce back].

Toto Wolff says that he can’t call Lewis Hamilton’s error a mistake after he failed to break at the first corner after the race restart in the Azerbaijan GP.

Wolff added: “It’s going to hurt for a few days, but we’ll bring our top game to the next race.”

Red Bull are now leading the constructors’ championship by 28 points thanks to Sergio Perez’s win in Azerbaijan, while Verstappen is still four points clear of Hamilton despite heavily crashing out with a puncture.

Anthony Davidson was at the SkyPad to analyse all the best action from a dramatic day at Baku after Sergio Perez won race ahead of Vettel and Gasly.

That’s because his big shunt led to a red flag and race restart, after which Hamilton made an uncharacteristic error by flicking a ‘magic’ brake switch and missing the first corner, dropping from the potential lead to 15th.

“We will rebuild and come back stronger for sure,” said Hamilton, who was absolved of blame by his team.

Mercedes have every reason to feel confident about their French GP prospects, having comfortably won both races at the Paul Ricard track since its return to the calendar in 2018. It was cancelled last year due to the Covid-19 pandemic.

They also had a quicker car than Red Bull at the Portugal-Spain back-to-back before the last two street circuits, often referred to as ‘outliers’ given their unique layouts compared to traditional F1 venues.

The French GP is certainly a more “normal” track – as Verstappen called it when admitting his regret at not opening up a bigger gap to Hamilton in Baku. His lead would have been 15 points if not for his unfortunate crash.

Max Verstappen says that he had no warning that his tyre was going to blow out during the Azerbaijan GP.

“For sure Mercedes will be very strong on normal tracks, they had some difficulties on the street circuits but as you could see also in Barcelona they are mighty quick,” said Verstappen.

“We need to keep on our toes and keep pushing hard because they also have a very good car even if sometimes they don’t say it. They do.

“It’s just a shame. I wanted to open up that gap a little bit more before we go back to those kind of tracks.”

The French GP is the first portion of a triple header, and the first of five races in seven weeks before the summer break.