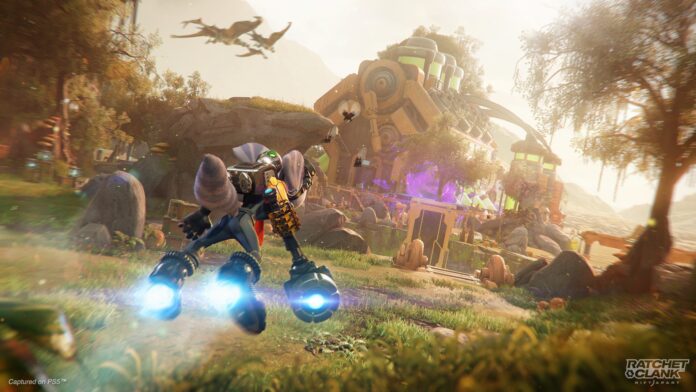 There has been a worldwide focus on mental health in recent years, with awareness campaigns attracting royal and political support – particularly during the pandemic.

It’s an issue the video games industry has been shining a spotlight on for some time.

The PlayStation 5 exclusive is intended for players aged 10 and over but appeals to gamers of all ages – some of whom will have played the first iteration of the franchise back in 2002.

Portraying its themes in an accessible way, the game revolves around the two titular characters – Ratchet, a feline biped alien, and Clank, his trusty robot sidekick – with the new edition introducing two new playable counterparts, Rivet and Kit.

Kit, also a robot, is an anxious character who finds it difficult to connect with new people and lives in self-imposed isolation.

She was built for the purpose of destruction, but throughout the game learns that she makes choices that shape her into who she wants to be. She also learns to let in and trust new people in her life.

Ratchet is anxious about whether he can live up to the impressive legacy of his forebears and needs reassuring that he is worthy of their heritage.

But the pair have Rivet and Clank on hand to help with their problems.

By the end of the game the player is left with the impression that even galactic, inter-dimensional heroes need encouragement and validation.

Insomniac has recently also been praised for reflecting these ideals in the way staff are treated.

“The crunch” – a term given to the final weeks of production approaching the publication of a new game title – was apparently avoided at the company as it approached its early June release date.

According to reports, this meant employees did not feel pressured or anxious to work overtime.

Game designer Grant Parker tweeted to say he “didn’t crunch once” and that it is possible to work on a video game “without suffering”.

I didn’t crunch once, entire production. A couple late nights here and there finishing something up, but COMPLETELY CRUNCH FREE. It is possible. Team wellness lets the creativity flow free. https://t.co/Bf9C7BQLRn

In contrast, last year Bloomberg reported developers at CD Projekt Red, the company behind Cyberpunk 2077, had experienced months of “crunch” in the run-up to launch.

According to reports the game was riddled with bugs and errors that required extra toil to make it ready for market – only for the game to crash so often on the PlayStation 4 and Xbox One that it had to be removed from the market.

With many hotly awaited titles due for release later in the year, expect to see more emphasis in-game on mental wellbeing in the run-up to 2022 and beyond.