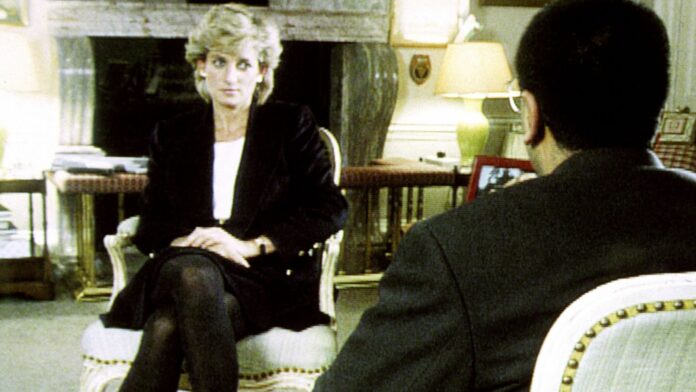 Martin Bashir was a “serial liar on an industrial scale” and “took us all in”, former BBC bosses have told MPs during a hearing into the Princess Diana interview scandal.

Lord Tony Hall and Lord John Birt have given evidence to the DCMS (digital, culture, media and sport committee) about events leading up to Bashir‘s now infamous Panorama interview with Diana, Princess of Wales, in 1995, as well as the broadcaster’s handling of investigations into how the relatively junior journalist, at the time, obtained the world exclusive scoop.

It comes following the publication of the Dyson report in May, which criticised methods used to secure the bombshell interview – including showing faked bank statements that suggested the princess was being spied on to her brother, Earl Spencer. The Dyson report also criticised the BBC’s internal investigation into the issue, carried out in 1996, as “woefully ineffective”.

Bashir returned to the BBC as religion correspondent in 2016, some two decades after the Panorama episode that made him a household name and 17 years after he originally left for ITV – despite allegations about his conduct emerging not long after the Diana interview. He was promoted to religion editor in 2018, but quit citing health issues ahead of the Dyson report being published.

DCMS committee chairman Julian Knight said it was “utterly extraordinary” that the BBC would re-employ Bashir – “a known liar”.

Former BBC director-general Lord Hall, who was in charge from April 2013 to August 2020 and led the 1996 inquiry, was first to give evidence, and told MPs that he “trusted” Bashir and “gave him a second chance” – but that trust was “abused and misplaced” and the journalist “took us all in”.

Asked why he had reported to the board of BBC governors following the 1996 inquiry that the journalist was an “honest and honourable man”, Lord Hall said: “In the end we came to a judgment about his lack of experience, that he was out of his depth, that he was contrite, and we gave him a second chance. We trusted him and it turns out we couldn’t.”

Lord Hall told the hearing that Bashir was “in tears” as he was quizzed for an hour-and-a-half during the internal investigation.

“He appeared to us that he was contrite, inexperienced and out of his depth and that is why in the end rather than sacking him, and I can see the reasons for that, he was given a second chance,” he said.

Asked about Bashir’s return to the BBC in 2016, Lord Hall said: “If we knew then what we know now, of course he wouldn’t have been re-hired.”

The former BBC boss was questioned about the work Bashir carried out for his salary, estimated to be between £80,000 and £120,000 – but said those questions would be better answered by those who were in charge of him.

Bashir appeared on air and on the BBC website about half a dozen times over three years, Mr Knight told Lord Hall, adding: “That’s about £45,000 a time, nice work if you can get it.”

Lord Hall admitted: “That is not effective use of a correspondent, not a good record.”

Asked if he agreed with Lord Dyson’s conclusion that the 1996 internal investigation into Bashir was “woefully ineffective”, Lord Hall said: “We didn’t get to the bottom of the lies that Bashir had told us, we weren’t trying to conceal anything, I do want to stress that, but we were lied to and our trust was misplaced and bluntly, Bashir took us all in, from the director-general to the programme editor.”

As well as the Dyson report, the findings of a subsequent review into Bashir’s rehiring were published on Monday, with the investigation concluding that there was no evidence the journalist was re-employed to cover up events surrounding the Diana interview. However, the review found that there was some awareness of controversy surrounding the interview – and of other controversies involving the journalist – before he returned.

During the DCMS hearing, Lord Hall was also pressed about the likelihood that journalists who re-hired Bashir in 2016 were not aware of the scandal.

“We didn’t know 25 years ago the scale of what Martin Bashir had done to gain access to the Princess of Wales through Earl Spencer,” he said. “If we knew now, through Lord Dyson, what we know about Martin Bashir then of course he wouldn’t have been re-employed.”

John Nicolson MP told Lord Hall it was “implausible” that he had not been closely involved in the monitoring of Bashir’s rehiring.

Asked if he believes Bashir’s actions were criminal, Lord Hall replied: “I don’t know, I’m not a lawyer and it would not be for me to say.”

Lord Birt, who was director-general at the BBC from 1992 to 2000, was also asked about the 1996 internal inquiry, and defended Lord Hall.

“Tony Hall reported up his best understanding – we now know a completely flawed understanding – of what exactly had happened, and we all believed that was an honest account and that was one that was shared by the board of management and board of governors,” he said.

Lord Birt said it was “simply not the case that anyone set out to deceive other than Martin Bashir” and that “unless you understand that this was a serial liar on an industrial scale you simply can’t understand the story”.

Asked if he believed Bashir’s interview helped worsen Diana’s mental state, Lord Birt replied: “It is a tragic occurrence. It is an absolute horror story and it should never have happened – and it is a complete embarrassment that it did happen. None of us can speculate.

“My heart goes out to the sons of Princess Diana but none of us can truly speculate and understand what the consequences were. What we can understand is that this was a plane crash.”