Home World Lost painting by David Bowie, purchased for $5 at a landfill, could... 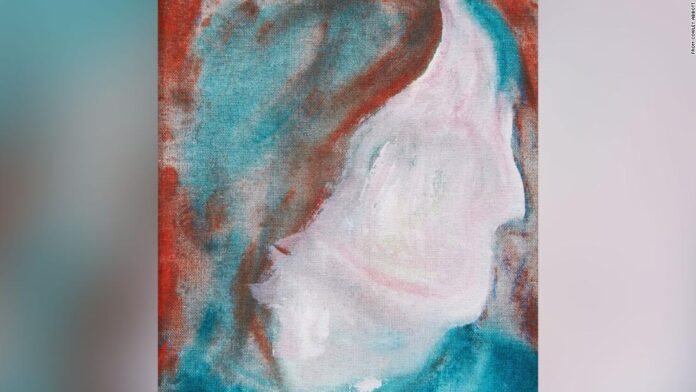 Written by By David Williams, CNN

A painting by rock icon David Bowie is expected to sell for thousands of dollars in an online art auction after someone picked it up for a few bucks at a donation center at an Ontario landfill.

The portrait, titled “DHead XLVI,” is part of a series of approximately 47 works that Bowie created between 1995 and 1997, according to Rob Cowley, president of Cowley Abbott, which is handling the auction.

The piece has Bowie’s distinctive signature on the back of the 9.75 x 8 inch canvas, along with a tag that has his name, the date 1997 and a description of the painting as “acrylic and computer collage on canvas.” There also was a label from a London framing company that Cowley said did work for Bowie and other famous musicians before it went out of business.

David Bowie’s signature and an identifying label can be seen on the back of the painting. Credit: From Cowley Abbott

Cowley told CNN that the seller, who has not been identified, paid $5 Canadian (about $4.10 USD) for the painting last summer at a donation center at a landfill in South River, which is about three hours north of Toronto.

The person isn’t an art collector and just liked the painting, Cowley said.

“The painting itself caught their eye,” Cowley said. “They thought it was an interesting painting before they turned it around and saw the labels on the back.”

Cowley said the seller contacted them about the painting in November and they started working to authenticate the work.

In addition to online research, they contacted expert Andy Peters, who’s been collecting Bowie autographs since 1978 and started authenticating his signature following the singer’s 2016 death after suffering from cancer in an effort to combat the flood of fakes that were available for sale.

“When I first saw the painting, I knew what it was straightaway,” Peters told CNN in an email.

He said he remembered it being sold on a now-defunct Bowie art website back in the early 2000s.

“I did not need to see the autograph on the back because I knew, but obviously the signature sealed the deal,” Peters said.

“The confusion lies in that he changed his signature so much during his 55-year career, but there are certain nuances in every single autograph that forgers cannot replicate.”

Cowley said that Bowie painted friends, family and other musicians for the DHead series, and even did some self-portraits, but he didn’t identify his subjects.

“In this case, even the gender is difficult to discern because it doesn’t have any facial features besides the side profile,” Cowley said. “It’s quite a striking portrait, but it’s very difficult to say exactly who it might be.”