Home Sport Osaka to miss Wimbledon; will play at Olympics 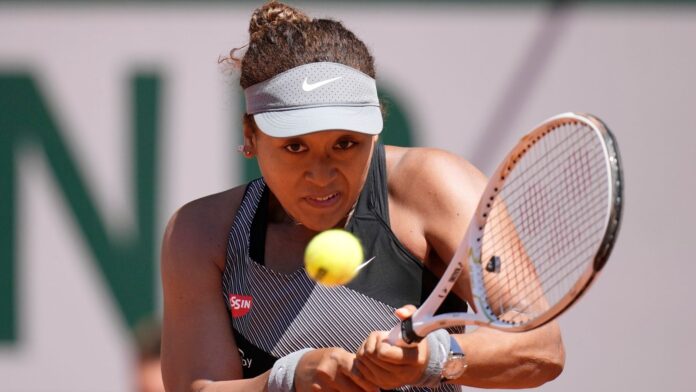 All England Club says Naomi Osaka “will be greatly missed” but understands her decision; Osaka has not played since withdrawing from French Open in May citing the need for a break for her mental health; Rafael Nadal said earlier on Thursday he too will not compete at Wimbledon

Naomi Osaka will not play at Wimbledon this year, but will take part in the Tokyo Olympic Games.

The four-time grand slam champion is taking some personal time with friends and family but is planning to return at the Olympics and is “excited to play in front of her home fans”.

The All England Club released a statement, saying: “Naomi Osaka will be greatly missed by all of us at Wimbledon this year, but we completely understand her decision. We wish her a happy time with her friends and family and look forward to welcoming her back to Wimbledon next year.”

The 23-year-old Japanese has not played since withdrawing from the French Open after the first round, saying she needed a break for her mental health.

It came after she was fined $15,000 when she did not conduct a post-match press conference following her win against Romanian Patricia Maria Tig.

World No 2 Osaka said she had suffered bouts of depression since winning her first Grand Slam title at the US Open in 2018 and that talking to the media triggered anxiety.

It comes just hours after Rafael Nadal announced he was withdrawing from both Wimbledon and the Tokyo Olympics.

The Wimbledon main draw is set to start on June 28, while the first round of the men’s singles in Tokyo gets underway a month later on July 24.

Nadal withdraws from Wimbledon and Tokyo to help ‘prolong career’

Rafael Nadal withdrew from both Wimbledon and the Tokyo Olympics earlier on Thursday citing a need for rest.

Nadal lost his French Open semi-final to eventual winner Novak Djokovic and the 35-year-old said the two-week gap between Roland Garros and Wimbledon “didn’t make it easier on my body to recuperate after the always demanding clay court season”.

The 20-time Grand Slam champion added on Twitter: “It’s never an easy decision to take but after listening to my body and discuss it with my team I understand that it is the right decision.

“The goal is to prolong my career and continue to do what makes me happy, that is to compete at the highest level and keep fighting for those professional and personal goals at the maximum level of competition.”