Home Culture “Keeping Up With the Kardashians’ reunion: What we learned from Part I 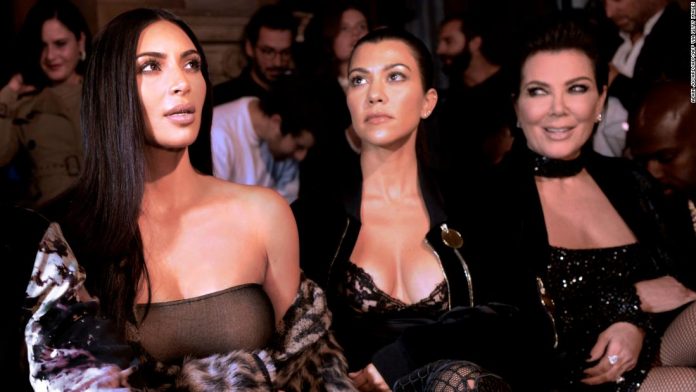 Not that we didn’t know that before, but it feels like his “Real Housewives” reunions prepped him well for Thursday’s “Keeping Up With the Kardashian” reunion special.
The Kardashian-Jenners recently ended their enormously successful series with the 20th season.
But if we didn’t get enough scoop on the final episodes, Cohen was there as our surrogate to ask the questions we wondered about over the years.
Things like did Kim Kardashian (formerly West) call the paparazzi on herself (No, but in the early days she would make sure to be where they were) and where Kylie Jenner is in her life with her ex, rapper Tyga (she said they aren’t friends, but she wishes him the best).
Here were some of the major revelations:

Why is it the show ending, but the family has a deal with Hulu?

According to “momager” Kris Jenner, it felt like the natural think to do when her family’s contract with E! was up for renewal.
“I think we were all feeling a little overwhelmed, we had done it for so long,” she said. “When I discussed it with each one of the girls and then as a group, Kim was somebody who said ‘You know what, 20 is a really nice, beautiful number. Why don’t we do the last season and see how we feel?'”

Does Kim credit her sex tape with the success of her family’s show?

Cohen asked Kim Kardashian if she believes the show “would have had its massive initial success without the publicity that surrounded the sex tape” that leaked of her and ex boyfriend singer Ray J from 2007.
“Looking back, probably not,” she said. “I think that everything happens for a reason and I try to live my life like that.”
She said she’s thought about the fact that she may have to one day explain it to her four children with estranged husband, Kanye West. And while she said she tries not to live life with regrets, that was not one of her proudest moments.
“If I could erase any of the stupid things that I’ve done in life, that’s probably it and it’s more so from being a mom than anything,” she said.

Is Kris Jenner a manipulative mastermind?

Cohen mentioned that so many people think Jenner is a “devilish mastermind” because she oversees her children’s creers.
She denied it and said it’s more her organizing the chaos and coming up with great ideas.
Her daughter Kendall Jenner said the whole mastermind thing “is really fun for social media, but in reality I have so much respect for her because she deals with so much.”
Kim Kardashian said it bothers her that when there’s something tragic or sad which happens people claim her mother is behind it.
“Who would do that?,” Kardashian said. “We are such a close family. It’s all love.”
And yes, Jenner does take a percentage of her kids earnings.

According to the youngest in the family, she became insecure about her mouth after she had one of her first kisses and the unnamed boy told her that while she was a great kisser, she had small lips and that kicked off her fascination with makeup.
That led to her lipstick brand and cosmetic company which led Forbes to put her on the cover of an issue about woman billionaires in 2018.
“We should name a lip kit after him,” her mother joked.

Turns out Kim Kardashian had some major reservations about marrying professional basketball player Kris Humphries back in 2011.
Turns out she was right given that the marriage only lasted for 72 days.
The moment when she knew she couldn’t do it anymore? She said she freaked out when she saw his size 17 shoes lined up around their hotel room and got claustrophobic.
On Thursday’s reunion she revealed that Humphries really wanted an annulment because of his religious beliefs, but she refused because to do so she would have had to say the marriage was fraudulent.
Now she said she wishes she had agreed to that.
“I wish I was only married once.”
She’s now going through another divorce, this time with West.
She told Cohen there wasn’t one thing that ended their marriage — “just a general difference of opinion on a few things that led to this decision.”
“We have an amazing co-parenting relationship and I respect him so much,” she said. “That was my friend first, first and foremost for a long time so I can’t see that going away. I will forever be Kanye’s biggest fan.”
He will always be family, she added.
Part II of the reunion airs Sunday at 9:00pm ET/PT on E!